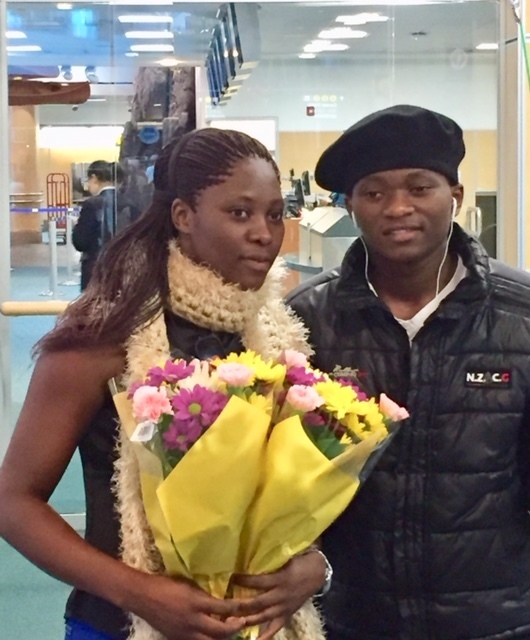 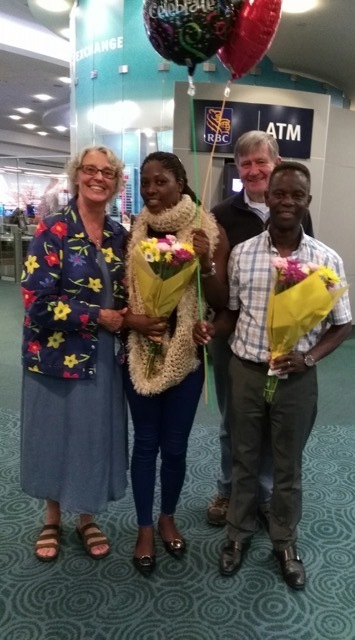 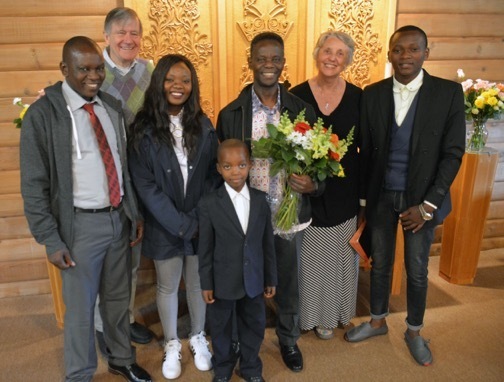 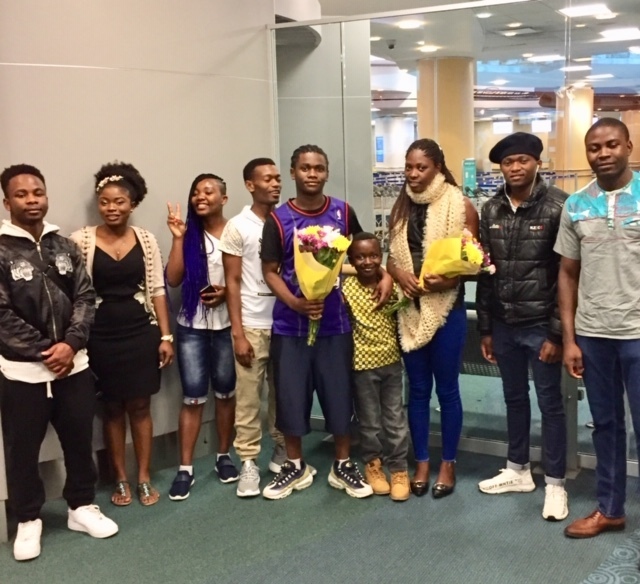 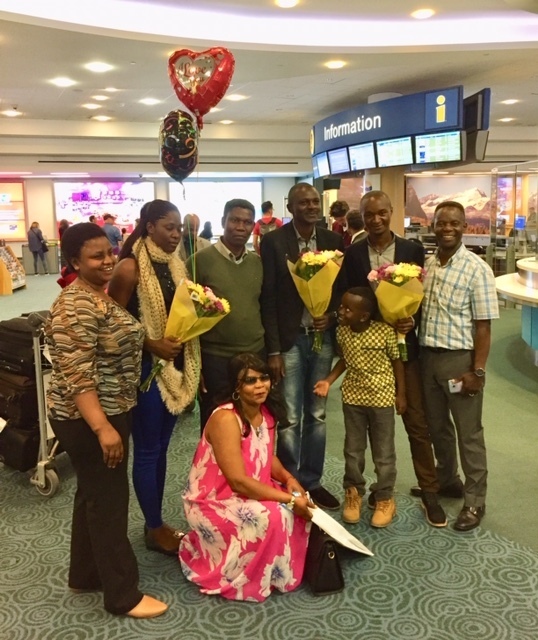 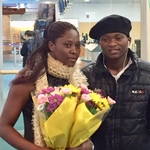 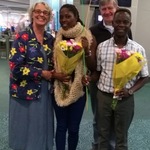 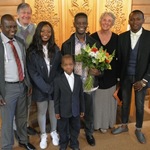 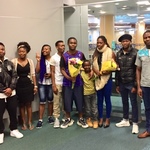 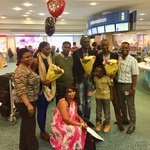 A note from Wilna and Dave Parry...
Roughly a year ago, St. Clement’s hosted a Congolese family, sponsored by REST and by Mambo, brother to Malis. Yesterday we welcomed another member of Mambo’s family: his adopted daughter Neema Grace. He waited for her for seven long years and her sponsorship was successful because St. Clement’s, under the overall REST umbrella and our Diocese, agreed to be co-sponsors. Neema’s mother (who is Mambo’s youngest sister) remains in a refugee camp on the Uganda border.
Meeting new arrivals at Vancouver Airport is always a highlight for me - there were about 25 family and friends gathered at the Arrivals hall with flowers and balloons. When Neema was spotted, a great cheer went up, especially as she was accompanied by two of her cousins. These young men were sponsored by the Mennonite Central Committee and a family member of Mambo. Dave and i rather stuck out due to our milky-white complexion but Neema was just like a long-awaited daughter, finally falling into the loving embrace of family.
Many, many thanks to YOU, the people of St. Clement’s and for your ongoing, generous support of happy occasions, just like these.
Action & Awareness
Welcoming refugees

Blessing for healthcare workers National Day of Truth and Reconciliation Calling young adults - near and far!

Mount Olivet Legacy Gift How do we give thanks when we just don't feel like it? Dogs and divorce