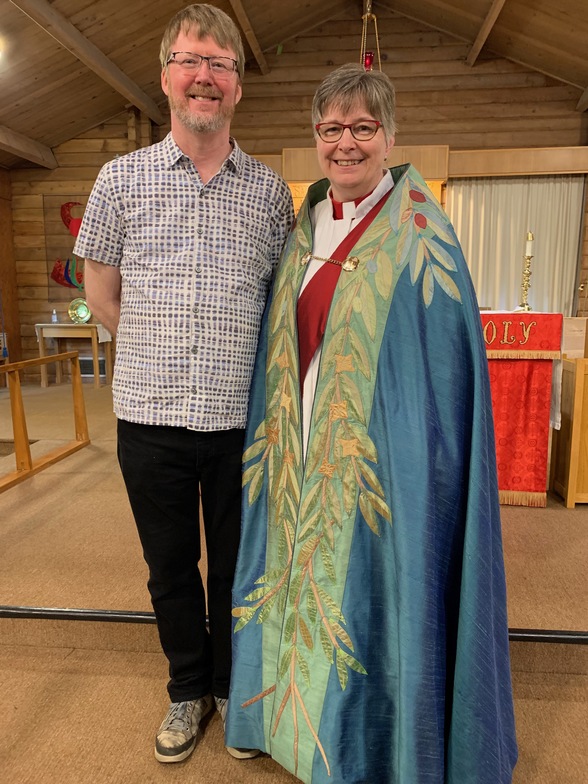 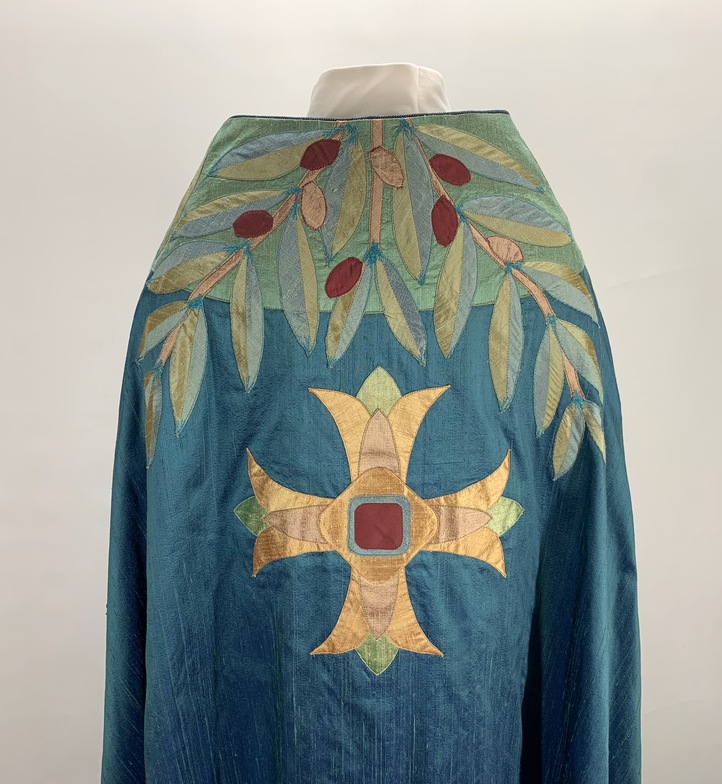 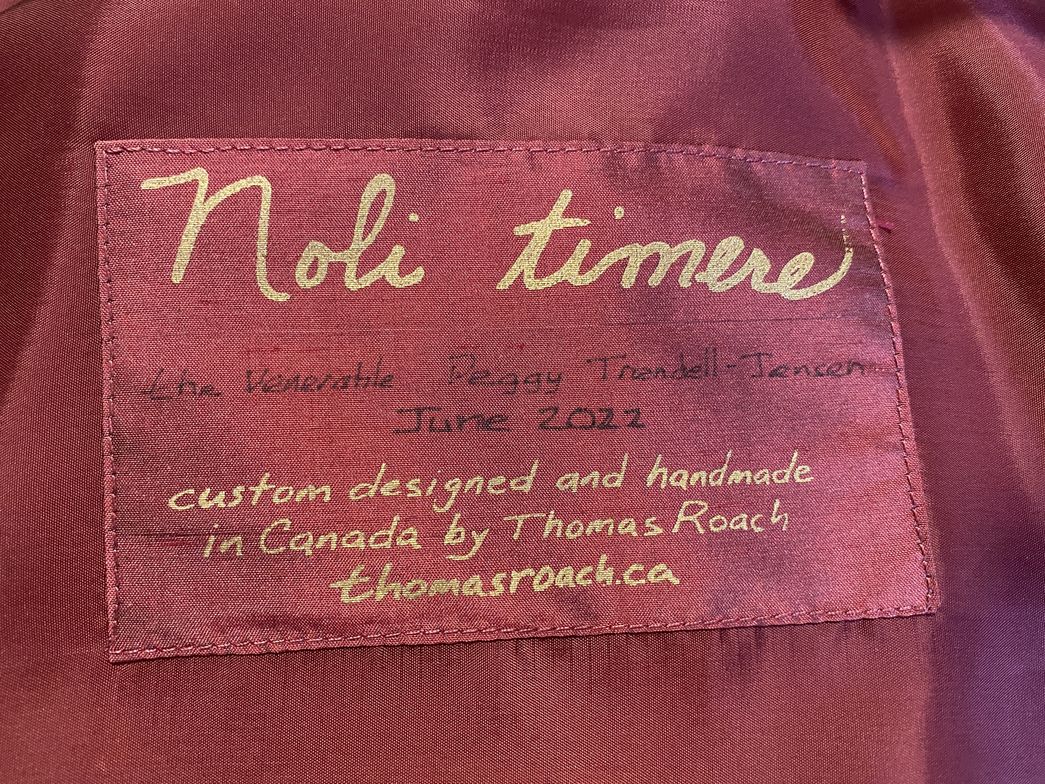 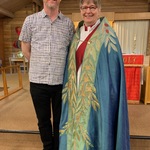 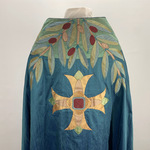 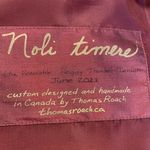 On Pentecost Sunday, the congregation saw for the first time the cope they had generously funded for Peggy's new role as Archdeacon for Deacons.

The cope was designed and created by Thomas Roach, who was recently named a Companion of the Worship Arts, an honour bestowed jointly by the national Anglican and Lutheran churches.  As he unveiled the liturgical garment at the end of the Sunday service, Thomas explained the theme and symbolism expressed in the cope's design.

The archidiaconal collation takes place at the Cathedral this Saturday during the ordination service, which falls on the Feast of St. Barnabas (June 11). Barnabas, who travelled with Paul into early Christian communities, was known as an encourager and peace-maker. The goal of communicating well across disputes and differences has long inspired Peggy, and she asked Thomas if he might work with the symbol of St. Barnabas - the olive branch.

Thomas took it from there, sourcing out colours and fabrics and playing with design ideas. Peggy, meanwhile, asked the diocese's deacons to contribute words that represent the best tools they bring to their work of bridge-building, encouragement and peacemaking in the world. She sent their words to Thomas in case he was able to incorporate them into the cope, as he has similarly done in some of his past liturgical fabric art projects.

After pattern making, experimentation and untold hours of work on Thomas's part, the final result is a cope that features olive branches running up the orphreys (borders) on the front, shown in seasonal stages from bare branches through springtime flowering and into green fruit and then ripe olives. On the back is a cross, the shape of which is reminscent of those on the stoles of her grandfather, Archdeacon A.M. Trendell. The ruby jewel in its centre is matched by two on the inner hem of the garment - a sapphire and pearl, representing the three jewels in the story of Artaban, the fourth wiseman. Given her family's long involvement with Camp Artaban, this trio of jewels was a lovely surprise for Peggy when she learned of them on Sunday morning!

Running along the inside green borders are embroidered all the words contributed by deacons that were particular to the work of relationship-building and peacemaking. They are: Compassion, Listening, Encouragement, Laughter, Communication, Love, Curiosity, Humour, Humility, Presence, Patience, Collaboration, Reconciliation, Justice, Self-awareness, Empathy, Authenticity and Honesty. Peggy loves the thought of having these values, and the deacons who embody them, close to her heart when she is wearing the cope at special services.

Finally and wonderfully, Thomas created a silkscreen label on the inner back that features the handwritten script of Peggy's mom, Chris Trendell. Not long before she died last year, Chris wrote Noli timere ("Be not afraid'"), the message that appears most frequently throughout the Bible, reminding us that we are called to be fearless in our life in Christ and our love of God's world.

Peggy offered her deep appreciation to Thomas and to all the kind people of St. Clement's who brought this project into being.