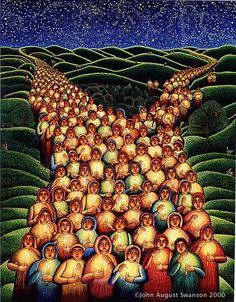 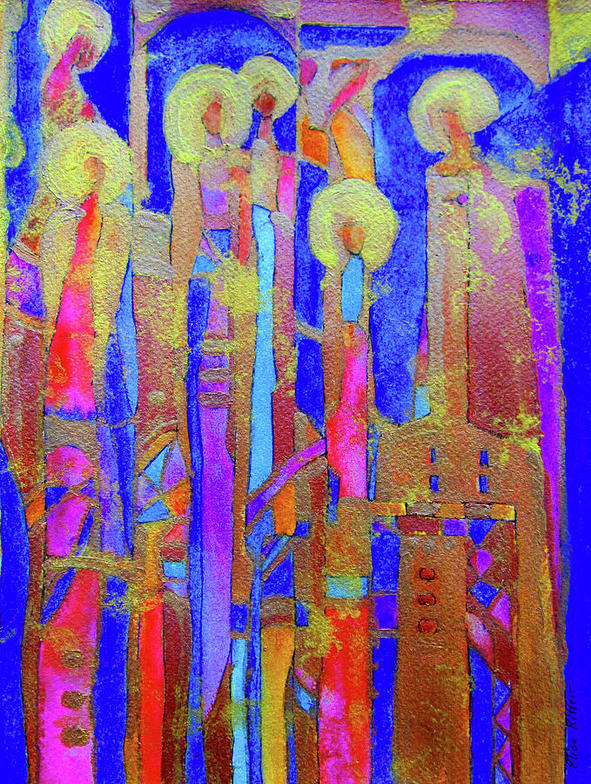 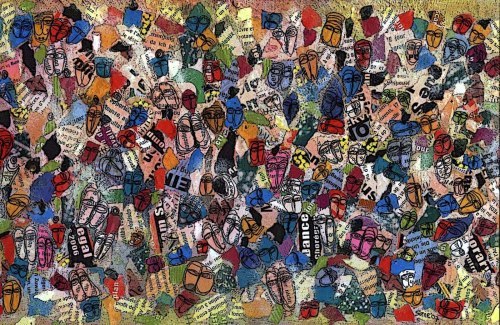 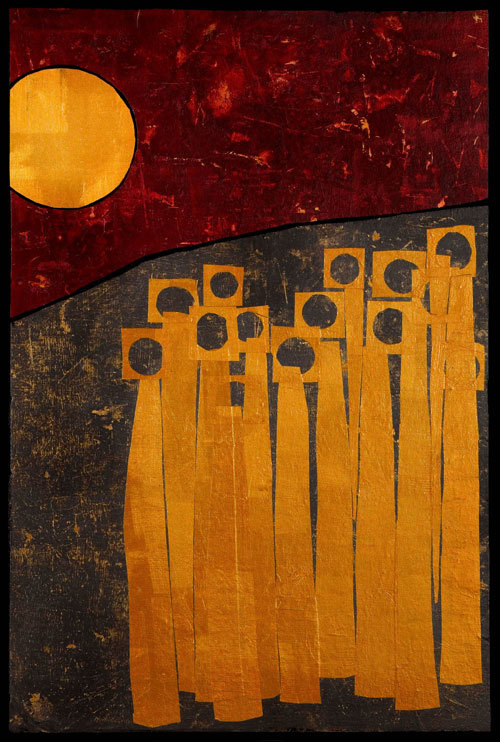 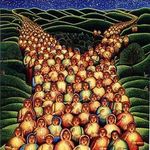 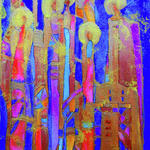 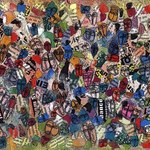 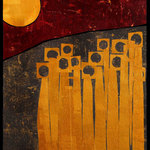 In a recent article for the Anglican Journal titled, “All these saints I’m supposed to be communing with,” Sean Frankling writes about the spectrum of Christian belief when it comes to celebrating the saints. On one end of the spectrum are those we might call high church, Anglocatholic Christians. Those who say prayers such as the Angelus, which is usually said before a statue of Mary, asking her to intercede on our behalf.

Belief on the high church end of the spectrum can come off perhaps as a bit too ethereal for some. Despair not: the Anglocatholic in Frankling’s article reassures readers that venerating the saints doesn’t preclude acknowledging their humanity.

“St. Jerome was grumpy as hell” he says. “When you become holy, you don’t cease to be you.”

(“[St Jerome] lived as a hermit in the desert outside Bethlehem for much of his life. He was one of the great doctors of the church.”)

One end of the spectrum, Anglocatholic, the other end what we might call “low church” sometimes “evangelical”. Here, there is some hesitation, some healthy speculation when it comes to saints. The priest and self-professed ‘low churchman’ interviewed in Frankling’s article jokes that when a prayer goes up to heaven meant for St Augustine, Jesus turns to the saint and says, “Augustine, they’re praying to you again . . . . Don’t worry about it brother, I got it.’”

To what extent saints ought to be revered is one thing. The question of who gets to be a saint is another matter entirely! That’s why I love the Feast of All Saints. It's expansive. It’s for “both the canonized saints and the rest.” It encourages us to look around, at the people in our Christian tradition as well as those in our present-day lives, and to consider whether there might be evidence of sainthood in all of us.

You might be interested to know a bit about our patron saint, Clement. He was a first century bishop said to have been consecrated by the Apostle Peter. Clement got into trouble when he wrote a letter to Christians in Rome saying that the decision makers in the church ought to be only those clergy who had been ordained through apostolic succession (through the direct line of Jesus’ disciples). There’s even some fanfiction, chivalric romance, if you’re a genre geek, written about Clement. In these stories, Clement and Peter have a whale of a time, spreading the gospel and reinforcing their apostolic authority.

Now, as you might know from the anchor in front of our own St Clement's Church, things didn’t go so well for Clement in the end. Tradition holds that he was eventually thrown in prison and executed for staying true to the Chistian faith. He is known as the patron saint of mariners because he was thrown into the sea tied to an anchor. Sainthood isn’t all roses, it would seem.

Did you know, there are saints even today, even in our own parish? We sometimes refer to them as the elders of our community. Every couple of years, we have the opportunity to acknowledge some of these everyday saints, through a special ceremony called the Order of the Diocese of New Westminster. You can see photos of those recognized in this order as you walk down the stairs to coffee hour. And, you can meet today the latest member of the Order, Jeanette Terrace.

To quote the citation that Elizabeth Mathers wrote for Jeanette when she was nominated, Jeanette has “had a steady hand on the tiller when the parish has been facing stormy seas.” As well, Jeanette and her husband Larry spearheaded the creation of the Memorial Garden back in the 1980s. The Memorial Garden is where many St Clement’s and community members’ ashes have been interred. We are indeed among the saints in this place.

Our spectrum of belief when it comes to saints is not unlike our spectrum of belief when it comes to those we love who have died. Some of us have no trouble believing that our loved ones are resting in heaven. For others, we are somewhat hesitant about believing in an afterlife. Our beliefs about heaven and saints are varied, but perhaps that’s okay? Because our diversity of belief reflects the diversity of people whom we remember this day. Perhaps the person you are holding in your heart is a textbook saint, a loving parent, a kind of Mary figure in your life? Maybe your loved one is more of a Jerome, and what you remember most about them isn’t their accolades or worldly accomplishments, but the way they would, even at their grumpiest, eventually crack a smile?

I take comfort knowing that this day is for a multitude of saints, for all of them, and all of us. I think it’s no mistake that in so many of the paintings for All Saints, that there are a whole host of faces shown, and that they are painted with enough ambiguity that any one of us could look at their faces and say, “That kind of looks like so and so” or even, “Hey, that kind of looks like me!”

This is a day to remember that, as Michael Curry, Presiding Bishop of the Episcopal Church, is wont to say: “When it comes to God’s dream for the world, there’s plenty good room for all God’s children.”

Sean Frankling, “All these saints I’m supposed to be communing with: a primer on the heroes of the faith”, in Anglican Journal (31 October 2022) accessed online at https://anglicanjournal.com/all-these-saints-im-supposed-to-be-communing-with-a-primer-on-the-heroes-of-faith/?fbclid=IwAR3niOEMqYtj6rDL9Wbz6RGYz-RwphFNp2PYuGvWnVICi1zkTisxGJc1jDY

Elizabeth Mathers, “Congratulations (and thanks!) to Jeanette! Our ODNW nominee for 2022” accessed online at https://www.stclementschurch.ca/news/congratulations-and-thanks-to-jeanette