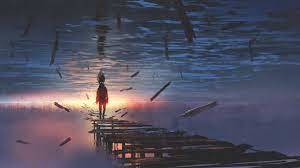 Once again, it is so good to see you at St Clement’s today. A special thank you to everyone who came out on Friday night to gather safely for our social event. It was good to welcome newcomers to St Clement’s—those who have joined in the last two years, including former members of Mount Olivet, and to acknowledge the strength and wisdom and good humour that you bring to St Clement’s.

And as a priest, I have to tell you, it’s always fun to get dressed up—something other than the collar and black shirt. I have a colleague who tells the story about when she was getting groceries one Saturday morning. She was wearing her weekend jeans and t-shirt when she ran into a parishioner. The parishioner, looking a little stunned, said, “Pastor Sue—I didn’t recognize you with your clothes on!”

Today we mark the Reign of Christ, the last Sunday of the church year. Next week is Advent, can you believe it? The start of the new year in the Christian calendar. Today is also the Sunday when we celebrate our patronal festival—meaning our patron saint for whom this church is named. Clement was the Bishop of Rome in the year 88 AD. He was arrested and exiled by the Emperor. The legend goes, he was sent to a prison camp where he worked on a stone quarry. The prisoners there were at risk of dehydration. Clement prayed and had a vision of a lamb at the top of a hill. He climbed the hill, struck the ground with a pickaxe, and water came rushing down!

The story is legend, sure, but it highlights the values for which Clement was martyred. Values like, live your life in service to the poor; follow not after earthly kings and queens, but after the reign of Christ, who though being in very nature God, did not consider equality with God something to be used to his own advantage.

For this faith, Clement was eventually tied to an anchor and thrown into the sea. This is why we have an anchor in front of St Clement’s. It’s “a relic of bygone sailing days, pulled up from the Burrard Inlet and donated to the church in 1977.”* When we see the anchor and remember Clement, we are reminded of those who, even when they faced sure and certain death, held fast to their faith.

In our gospel reading today, the governor Pontius Pilate says to Jesus, “So you are a king?” He is trying to see if Jesus will pit himself against the Emperor. Jesus has gained a following, now not only among the Jewish people but among the Gentiles, too. He is increasingly seen as a military and political threat.

In typical fashion, Jesus doesn’t answer Pilate’s question directly. It’s true that Jesus is being heralded as a king, especially among the people who have been looking forward to a time when a ruler will be raised up to overthrow their oppressor and bring them into power. Only, Jesus recoils from this notion of kingship. His so-called triumphal entry into Jerusalem is on a donkey, he lays his head not in palaces, but in mangers and fishing boats; he brings around him not only politicians and wealthy landowners, but those who hang around the outskirts of town and those who have been displaced from their land.

Jesus turns upside-down the hierarchies of his day, exposing what it is that people believe will make you powerful and successful.

“My kingdom is not from this world” he tells Pilate.

This week our province has been turned upside-down by what weather experts called an atmospheric river. With floodwaters and mudslides our notions of what it means to become powerful and successful in this land have been exposed. Some would say we have been ruled by service to the rich, that we have allowed greed to reign in our hearts. Some would say we have failed to steward God’s creation.

It’s true: we are not all of one opinion on climate change. Some of us work in oil and gas, in mining and pipeline construction. Some of us are environmental activists, land and water defenders. For the record, I believe Jesus is a companion to all of the above. And, whether we think the devastation in our province was a natural part of evolution or a direct result of wealthy corporations robbing the land, one thing remains clear: this week our province has been turned upside-down by floods and with it, we have been given the opportunity to stare straight into what it is we value as a society.

Farmers and landowners who have worked hard for the cattle, grain, fruit and vegetable industry have been displaced. The Sumas Prairie, which was a lake taken 100 years and drained, has been flooded and is at risk for further catastrophic flooding. First Nations people are once again displaced from their homes. From wherever we sit today, we are invited to ask ourselves: how can we bring about Jesus’ reign on earth today?

What values and policies need to be turned upside-down in our workplaces, in our neighbourhoods, so that we might come face to face with the notions of power and success that are causing harm in our world?

There are two examples I’d like to share as I conclude my sermon. This is where I see people bringing about Jesus’ reign on earth and I’d love to hear your examples, too.

The second example is this: today we will receive a legacy gift from Mount Olivet Lutheran Church. As this congregation realized the ministry within their building was coming to an end, they turned modern day notions of power and success on their heads. Having made a profit from the sale of their building, they chose not to use the money for their own advantage, but for the advantage of 31 church and non-profit organizations. What an incredible Christ-like example!

*For this and further history of St Clement’s church, visit: https://www.stclementschurch.ca/pages/our-history--17