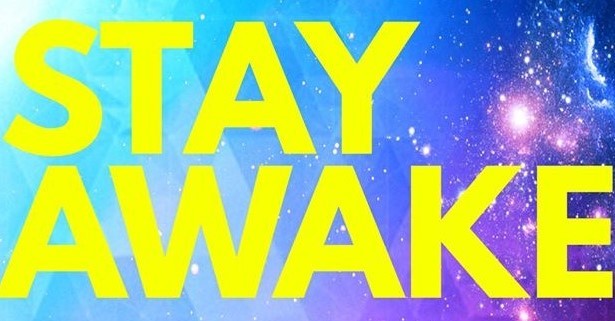 You’ll recall that last week was New Year’s Eve, the final Sunday in the church’s liturgical calendar, so Helen brought out the party hats at children’s time. And now this morning we can wish each other happy new year - but I’m sorry to report that we don’t have a celebratory champagne and orange juice brunch awaiting us at coffee hour.

The liturgical year ahead will once again walk us through the great story of the birth, death and resurrection of Jesus and the first decades of the early Christian church. People new to our calendar might wonder why the church year doesn’t begin on Christmas Day, with the birth of Jesus, but, as any good host or hostess knows, there is much to be done before the arrival of an important guest, and it is in this time of Advent that we prepare our hearts and minds for the coming of the Christ child.

Any new year - whether that’s the calendar year that begins on January 1 or the academic year that starts in September - brings with it a fresh start and can readily stir in us "back to school" feelings or an enthusiastic, if perhaps short-lived, desire for new year’s resolutions.

I was grateful for those back-to-school feelings when I sat down with this week’s readings, because I was reminded how much I have yet to learn about our scriptures and how they have been understood in historical, literary and cultural contexts over the millennia.

Just one of the topics I continue to wrestle with is the second coming of Christ, which was the subject of today’s gospel reading. I am comforted that I am not alone, however; the second coming is interpreted in a great variety of ways across the breadth of the Christian church. The second coming of Jesus is also an Islamic belief. Like many Christians, Muslims believe that there will be a final, tumultuous battle against the forces of evil, through which the triumphant Messiah will lead all believers to the true Kingdom of God.

Now that is a vast oversimplification of the concept, and there are a thousand differently shaded lenses that are brought to bear on the details. Many in the early Christian community, as we heard in Paul’s letter to the Romans, expected these things to happen in their lifetime. Some people today envision a science-fiction style apocalypse in the future. Many people think of the second coming in metaphorical terms.

As a group, we Anglicans have avoided sensationalist interpretations; we don’t identify a particular date for the end times, we don’t foresee fire and brimstone raining down on us, nor predict a rapture in which only the chosen are whisked off to paradise. We don’t, in fact, talk about it much at all - which is why I tend to feel a little squirmy during the Eucharistic prayer when we solemnly say together "Christ has died, Christ is risen, Christ will come again." What the heck do we mean by that? Although each of the traditional Christian creeds make reference to Jesus Christ "coming again to judge the quick and the dead," I confess that I have never considered this to be a truly foundational aspect of my Christian identity. I haven’t, for example, been spending my time at the office idly wondering who will be taken and who will be left when the big day comes. On the other hand, if we are to believe Jesus when he said "the kingdom of God is within you," then as far as I am concerned, there is the opportunity for Jesus to be reborn in us a hundred times a day.

So, as with much in our life of faith, some things remain mysterious. But as we look toward celebrating the first coming of Christ in that Bethlehem stable, I wonder what it might suggest to us about the second?

Well, perhaps Jesus’s birth reminds us that his second coming will happen when and how we least expect it. That’s certainly the message we heard in today’s gospel reading. No one imagined that the long-anticipated Messiah would emerge from humble origins and go on to lead a movement that used love, not force, to successfully convey its radical message. So anyone who imagines that Jesus the Sequel will come again looking remarkably like the white-robed, well-groomed chap we know from our stained glass windows will likely be disappointed. I find it an interesting exercise to imagine in what form or manner God might erupt into history again. Perhaps doing so is one way of staying awake to the unexpected appearance of God in our midst.

And perhaps the birth in Bethlehem might hint that the second coming will also be incarnational; that is, expressed in a life that is shaped by the same biology and chemistry that shapes us all. We aren’t, perhaps, to anticipate supernatural end times that will destroy the earth as we know it, but bring it into fullness. Something that will help us recall, once and for all, that matter matters. That this blue jewel of a planet, the planet that God proclaimed to be good, is not meant to be a casualty on our path to heavenly glory. We are reminded that God’s work is done with the stuff of this earth, and we can trust that will continue to happen.

We love to tell the story of Christ’s birth in a stable, where he was surrounded by animals and laid a manger. So let’s not forget the mucky straw and the barnyard smells when we contemplate the Second Coming, because they remind us to be careful when imagining Christ "coming again in glory." There are various dictionary definitions of "glory," and it appears humans get them confused far too easily. The glory of God is not something that can be measured in votes, dollars or twitter followers. The number of self-identified Christians who actually proclaimed Trump to be the second coming of Christ is a sobering reality. Real glory isn’t found sitting at the head of the banquet table; it is far more likely to make itself known outside the gates where suffering people are hungry for God’s peace and justice.

But I think the most important lesson we learn from the First Coming is that the second, too, will be utterly life-changing.  In some ways it is hard for us to fully appreciate the vast changes wrought by that babe in the manger. We take them for granted now, but values such as equality, freedom, scientific endeavour, and compassion did not spring from nowhere. Whether we live up to those values or not - and too often we don’t - there is widespread agreement that they are the ideals that individuals and progressive societies should strive for. But as a number of recent books have made clear, this was certainly not always the case. Speaking to Christian and non-religious readers alike, author Glen Scrivener writes this in the opening pages of his book The Air We Breathe:

The extraordinary impact of Christianity is seen in the fact that you don’t notice it. You already hold particularly "Christian-ish" views, and the fact that you think of these values as natural, obvious or universal shows how profoundly the Christian revolution has shaped you.

This book, and a number of others such as Paul Among the People by Sarah Ruden, paint a compelling picture of the brutal, survival-of-the-fittest Greek and Roman empires and how their bedrock assumptions were transformed by the exponential spread of the Christian story that taught that every person had dignity and worth, regardless of gender, class, or physical fitness.

So I would suggest that any Second Coming, whatever it might look like, would be equally transformative or even more so. Having said that, though, I don’t know how God can improve on what we have already been given: a prophet and messiah who loves without limit, heals the wounded, accompanies the brokenhearted, encourages the fearful and asks only that we join him in loving God and neighbour - that’s pretty hard to improve on. So perhaps the Second Coming is the Holy Spirit working in us to take Jesus up on that offer and to make real the love of God in the world. If enough people did that, the world would indeed be radically changed, in ways we can’t even imagine.

Because however we have envisioned the Second Coming through the ages and across denominational lines, we can all agree on one thing: God’s work is not yet done; God’s kingdom has not yet come.

Saved on my computer is a lovely image of Mary and Joseph with Jesus in a rough shelter under a dark, starry night. The caption reads: "Each of us is an innkeeper who decides if there is room enough for Jesus."

So as we start afresh in the liturgical calendar, may this be our new year’s resolution: that we, the innkeepers, always be awake for that knock at the door, and stand ready to throw it open. Amen.