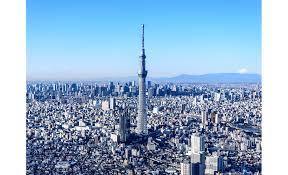 The other day, I was coming back into North Vancouver from the Second Narrows Bridge. I was making my way to the off ramp onto the new exit for Mountain Highway. As I’m taking the ramp, a driver ahead of me changes lanes without looking.

I’m driving with a friend, whose in the passenger seat. We pull up to the set of lights. Of course, we are stopped next to the car that’s just cut us off. Now, my friend and I are about as opposite as you can be in situations like this. My friend is an external processor; I am an internal processor. She starts yelling at the car next to us. The driver is yelling back. I’ve got my hands on the wheel, 10 and 2, 10 and 2. “It’s fine. It’s fine. Everything’s fine.”

My friend says to me, “How are you not freaking out right now?”

I say to her, “Oh, well, I’m sure they were just having a rough day. You know, the Canadian Mental Health Association says that stress levels have increased by 25 percent over the pandemic.”

My friend says, “We almost got into an accident and you’re quoting statistics?”

Differences in communication styles, particularly in times of stress. Boy.

Sometimes we wish we lived in a world where we all spoke the same language. Wouldn’t it be better if we all communicated in the same way? Then we’d know exactly what to do. There would be no misunderstanding, no bewilderment when someone reacts in a way that is just incomprehensible to us.

The Bible tells a story where this dream, this very ideal becomes reality. In the book of Genesis, people are migrating throughout the world. They all speak the same language, they all communicate the same way. They decide that they ought to settle down in one place and build a city. So, they stop moving. They say to one other, "Maybe this city will be so great it’ll touch heaven? That way we can always be reminded of the kind of heights we can reach when we're all the same."

They start building. They make bricks, something they will be forced to do when they are later enslaved in Egypt. They use bitumen to stick the bricks together, bitumen the same material Moses’ mother will use when she seals up his basket and sets him down in the river.

The story goes that as the people build this city they imagine that God will be impressed. Science, medical advancements, nothing will be impossible for them now! What could go wrong?

You know, the image that has always stuck out to me about this story is the tower. Let's think for a moment about the tallest tower in the world today. It's in Tokyo. It’s a broadcast and communications tower. Guess what it's called? Skytree. 2080 feet. And, if you’re wondering about earthquakes, I know I was, there are these “oil dampers”—cushions built into the pillar of the tower that can absorb up to 50% of the energy of an earthquake. Absolutely incredible!

The funny thing about really tall towers, though, is this: the taller they get, the more narrow they get. Because it’s really difficult and time consuming to reach heights of that magnitude when you’re bringing the whole structure, the whole city up together. It’s more efficient, productive, realistic—to narrow the spire as you go.

The blessing and challenge of speaking different languages, the blessing and the frustration of showing up in the world in different ways, is that when we build something, sometimes in order to build it together, we have to build slowly. The work of few can be beautiful, impressive, fast—but it turns out God prefers the work of many.

“When the day of Pentecost had come, they were all together in one place” —this is how our reading from the Book of Acts begins, a clear reference to the story of the Tower. People of all different languages and cultures and ethnicities and backgrounds, all together in one place. Even though they shouldn’t be able to understand a word of what the person next to them is saying, all of a sudden they start hearing each other in their own language.

This time, they don’t build a tower. This time, the heavens open and the tower comes to them. God’s spirit is poured down and out, not built up and narrow.

How will the gifts of working together and working slowly be poured out on you this day? In what way will you be called down and out into the world rejoicing in the power of the Spirit? Amen.