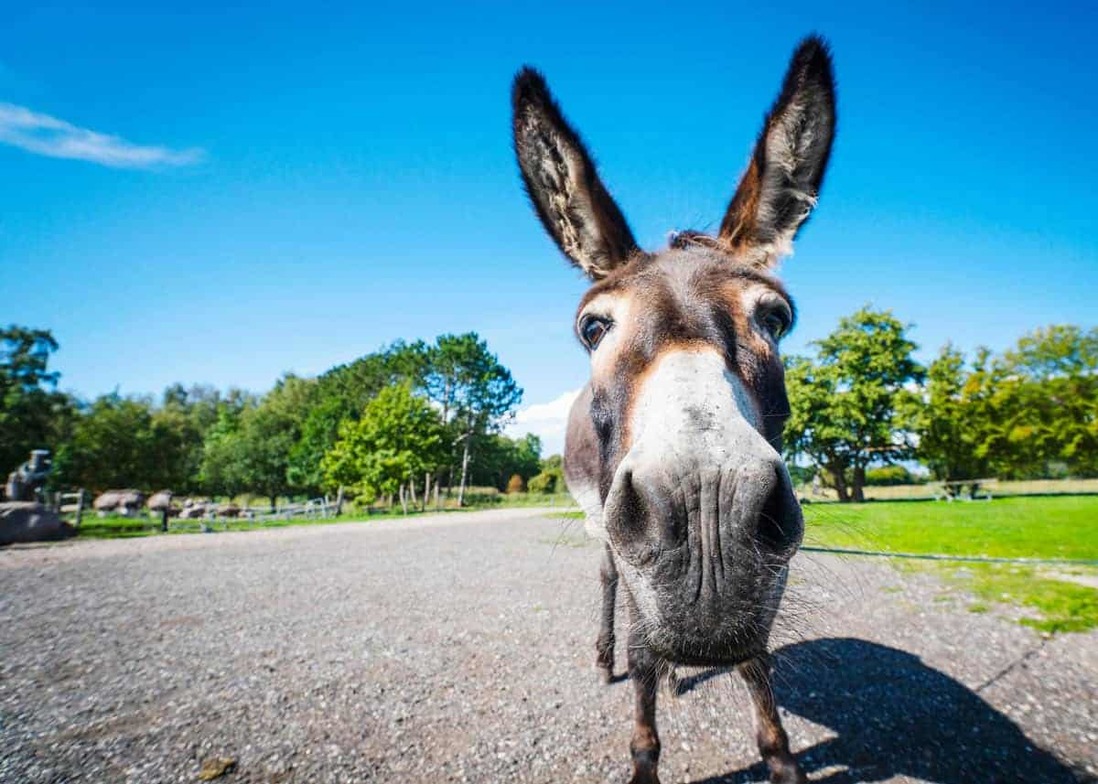 The Oxford English Dictionary defines satire as “the use of humour, irony, exaggeration, or ridicule to expose and criticise . . . particularly in the context of contemporary politics.”

One of the most controversial examples of political satire in this century is the 2006 mockumentary film Borat. (Note: This film is rated R - not safe for kids, and I would say, “not safe for grandmothers,” but the grannies here at St Clement’s have a pretty sturdy sense of humour). The protagonist, a Kazakhstani man named Borat, is played by American actor Sacha Baron Cohen. He poses as a foreigner abroad who has come to satirise Western society. In one particularly controversial scene, Borat is at an American rodeo where he sings a rendition of a fictional Kazakhstani national anthem to the tune of “The Star Spangled Banner”. The performance, sung during a signature “pre-sports ritual” serves as a critique of Western patriotism and xenophobia. It does not go down well, to say the least.

A second, perhaps equally controversial example is the annual Pride parade celebrated around the world. Observed with what organisers have come to call “skimp and circumstance” members of LGBTQIA and 2-Spirit communities parade through the streets. The outfits worn by participants often leave much to the imagination, which is exactly the point: the ‘scantily clad’ dress  serves as satire, a critique of the ways that LGBTQIA and 2-Spirit people are required to stay hidden the other 364 days of the year.

“Why is our priest talking about Borat and skimpy dress?”, you might very well be wondering. It’s because when Jesus made his way into Jerusalem and called for a donkey as his ride, this was satire at its finest (and the scandal of this scene can sometimes be lost on us when we’ve heard the story many times).

Every year, hundreds of thousands of Jewish people living in Roman-occupied territory made their way into the holy city for the Passover. Every year, the Roman state produced a bigger, more terrifying procession. The point was to display Rome’s military and political power lest the pilgrims get any ideas about overthrowing the Empire. The Roman triumph included captive leaders, allies, soldiers and their families walking in chains; weapons, armour, and captured artefacts carted behind them. Rome’s senators and magistrates were part of the parade, as well as the general’s bodyguards in red war-robes and the general himself in a four-horse chariot.

So when Jesus shows up on a donkey, in the midst of scores of pilgrims, his appearance isn’t so much an organised procession as it is a ‘flash mob’. Jesus’ disciples are amongst the crowd shouting “Hosanna!”, pulling branches—anything they can find from the surrounding trees—and laying it down for a runway. There are some in the crowd who scoff at the performance—where are the soldiers? Where are the chariots? If this is to rival Rome, Jesus is going to need a bit more horsepower! Others in the crowd will linger to see what happens next: as ridiculous as the whole thing is, donkeys are a sign of peace in Hebrew culture. Donkeys are what would be ridden to enact a treaty. Something is going on here.

It’s difficult to imagine this Palm gospel scene in all of its satirical glory, perhaps especially if we ourselves live in places of relative comfort. But it’s maybe not that hard to imagine situations around the world today that would prompt such critiques of power. War rages on in Afghanistan, Ukraine. We are watching as an autocratic ruler continues a terrifying invasion into a country a fraction of its size, lest the people on the streets get any ideas about overthrowing the Empire. Just last week, we watched as First Nations, Inuit, and Metis delegates from Canada presented to the Pope in Rome artefacts from each of their communities (generous gifts of snowshoes; a memory book; a cross and sealskin pouch); this presentation made even as artefacts from Indigenous communities stolen long ago remain “archived” and irretrievable behind Vatican doors.

As we enter Holy Week this year, I wonder what it would look like to go steeped in satire? What if we took a good, hard look at our relationships and asked God to expose the places where we are motivated by power as opposed to peace? On Jesus’ satirical entry into Jerusalem on a donkey, the great theologian John Wesley once wrote, “God would raise up still more unlikely instruments to declare [God’s] praise”.

What if we entered Holy Week this year ready to parade those still more unlikely parts of ourselves? What if we went riding into our neighbourhoods looking for things and people lost and captured? What if we ourselves were found, retrievable only on the likes of a donkey?

“See the gifts exchanged at the Pope's final meeting with Indigenous delegations” (2022) in CBC News: Canada accessed online at: https://www.cbc.ca/news/canada/see-the-gifts-exchanged-at-the-pope-s-final-meeting-with-indigenous-delegations-1.6405630

Alan R. Rudnick, “Lessons from a donkey” in The Center for Christian Ethics at Baylor University (2013).

Christopher B. Zeichmann, “The Triumphal Entry and the Limits of Satire” in The Bible and Critical Theory (2019) accessed online at https://www.academia.edu/41412541/The_Triumphal_Entry_and_the_Limits_of_Satire