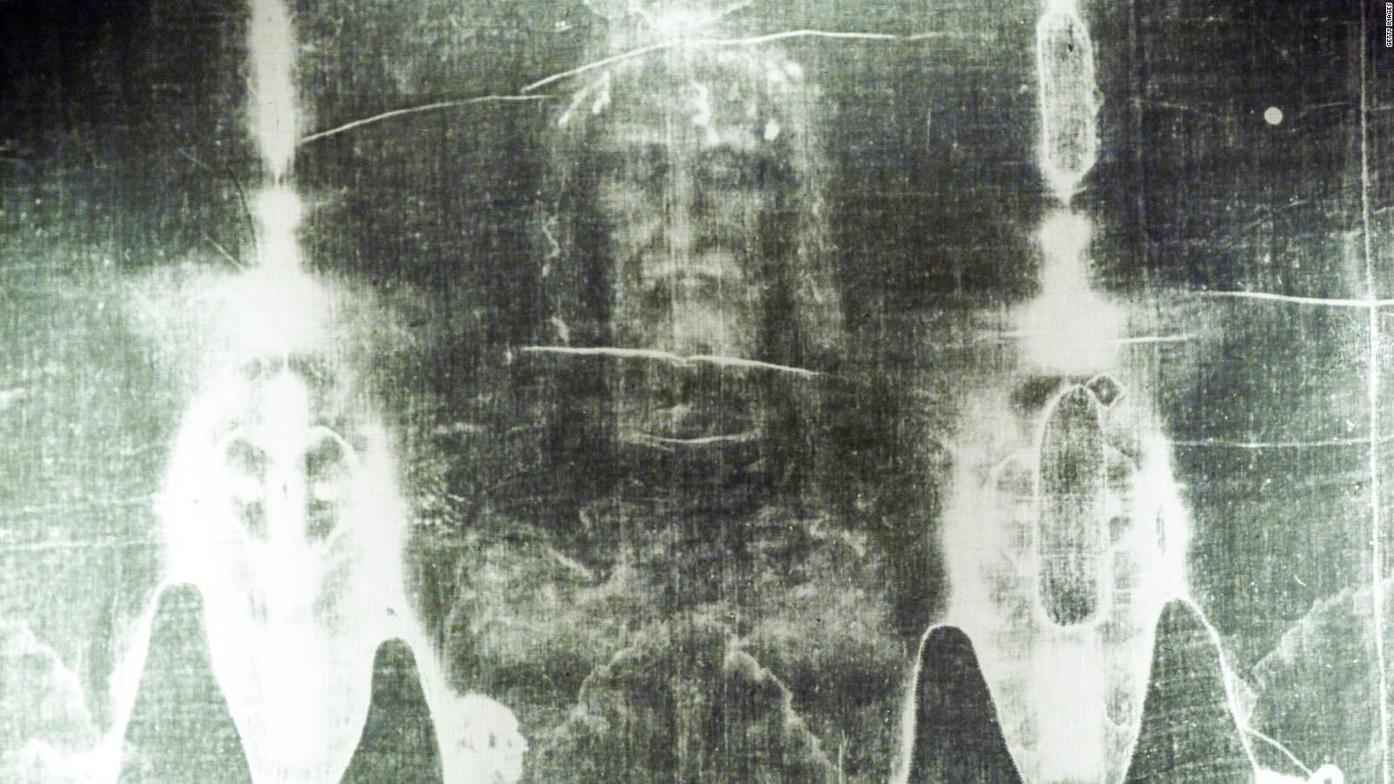 It is the second Sunday in the Easter season. I’ve been thinking that if Holy Week was a tennis game, Good Friday would have seemed like the end of the match. But with Jesus’s triumphant return on Easter Sunday - a startling comeback if ever there was one -  God lobs the ball right back in our court. The question is now, what do we do with it?

What do we do with the Resurrection story, a story that smashes all our understandings of life and death, of what is possible and what is not? If it is "true," it is a story that changes everything. If it is not "true," then what is it that has brought us here this morning? And how the heck does one go about deciding what is "true?" It’s a word I that I have written in quotation marks to acknowledge that in life we humans often settle for half-facts, emotive opinions and other distractions and call it "the truth."

We know that something true, and beautiful and good happened on that first Easter morning. But we don’t know exactly what. And in that, we are no different than many of the first disciples. Somewhat different versions of the story and interpretations about what happened have been part of our Christian narrative from the beginning. Throughout scripture and throughout Church history we see people trying to figure out what happened, and what to do about it.

In today’s readings, we witness some of the different means by which people seek after the truth. Poor old "doubting Thomas" often gets a bad rap as someone who wouldn’t make the leap of faith until he was given empirical truth of the Resurrection, but who can blame him? Jesus certainly doesn’t. God has given us (at least!) five senses, and good brains to think with. Why wouldn’t we be encouraged to put them to use? Jesus re-stages the whole Easter evening scene in the locked room all over again the following week for Thomas’s benefit, because Thomas wasn’t there the first time around. After Jesus once again offers the peace, he says to Thomas, unprompted: "Put your finger here and see my hands. Reach out your hand and put it in my side. Do not doubt but believe."

In the tradition of Thomas, in which empirical evidence rules, archeologists and scholars spend their lives searching for artefacts and other clues to help determine what may have taken place that first Holy Week and in the weeks and years that followed. One of the most famous examples of this rationalist endeavour has been investigation of the Shroud of Turin, an ancient cloth that appears to show the image of a crucified man. It was long considered by many to be the burial cloth of Christ, onto which his image was transferred by a mysterious, undiscovered process some have called akin to a great burst of radiation. In 1988, however, the British Museum announced that its carbon dating placed the shroud as having originated in the 13th or 14th century. The conclusion was that it was a medieval forgery.

But - and here’s that tennis game again, with another serve over the net! - the Shroud of Turin was back in the news last week, with the release of a documentary that describes flaws with the carbon-dating technique employed by the British Musuem. It references new scientific analysis pointing to the possibility of the Shroud’s authenticity. The filmmaker has issued a million-dollar challenge to the British Museum: if it’s a medieval forgery, then go ahead and replicate it and the money is yours.

Someone who agrees the museum got it wrong the first time around is Barrie M. Schwortz, a man who photographed the Shroud back in 1978. He was quoted in The Guardian newspaper last week saying "Today there are at least six peer-reviewed scientific articles that challenge the results of the carbon dating…. I’m Jewish, so I don’t have a horse in this race, but I’ve come to believe it’s the authentic burial cloth because I’ve looked at the science.” So for many, science and archeology and study are the fascinating tools they reach for when trying to decide the truth of Christ’s life, death, and Resurrection.

But back to our readings. In the first lesson, we see Peter and the apostles hauled up before the high priest and council for continuing to preach and heal in Jesus’s name despite being forbidden against it. The apostles stand up to the council with a stunning courage they didn’t have at the time of Jesus’s crucifixion. For many, it isn’t archeology that points to the truth of the Resurrection, it is the seemingly miraculous effect it had upon the people around it.

If something good, and true and beautiful - more good and true and beautiful than they had ever seen before - hadn’t occurred on that Easter morning, why would the apostles risk their lives spreading news of the risen Christ? If Jesus had stayed dead and buried, if the ball had not been lobbed back across the net with a stunning overhand from God, what else would they be suddenly willing to die for, given their earlier fear of being associated with Jesus? And it isn’t just those people who personally encountered the risen Christ in the weeks after Resurrection who spent their lives spreading the gospel in word and deed. There is of course Paul, the Church’s early persecutor whose epiphany on the road to Damascus turned him 180 degrees in another direction, and people throughout history whose deep experience of a risen Christ compels them to serve others in ways that seem divinely inspired.

So, for many people, it is in witnessing the effect of the Resurrection that truth can be found. And indeed, for me one of the most compelling reasons to trust that something unprecedented and something true, and good, and beautiful took place on that first Easter is the very unquenchability of the Gospel. Despite our constant flaws and failings as individual Christians and as an institution, the Christian story lives on. Lives on despite abuses committed in the name of Christ. Despite abuses committed under church roofs and under the guise of leadership. With all those betrayals of Christ’s message and God’s love, how can we still be here if there isn’t something divinely true and good at the core of what we are trying to do? How does the Gospel continue to reach into dark corners and change lives, despite the well-publicized failings of the Church and our own stumbling attempts to understand and give voice to the Christian message? A false Gospel would never have survived this long; it would have crumbled under the weight of our human frailties. But Christ’s Gospel clearly has a life of its own, one that carries on at times almost in spite of us.

I have on my shelf a number of books on Easter that I really, really want to read one day. And I have another on order that I am looking forward to unwrapping soon. But it occurred to me this year that if I am able to read one scholarly book dedicated to Easter each year, I will be lucky. It’s more realistic to think I can properly tackle one every two years. So let’s pull a number out of a hat and imagine I live another 30 years. That means I have might have time to read 15 books on Easter, at the most. But what if my active ministry only carries on for another 14 or 15 years. That takes the number of Easter books I can read, mark and inwardly digest during my preaching life down to seven. Wow - talk about pressure to pick my books carefully!

This exercise helped me realize that as much as I continue to be curious about evolving scholarship and fed by a variety of perspectives, I don’t have time to figure this all out. I don’t have time to watch the tennis game from the sidelines, second guessing the referee as I try to determine once and for all every detail of what transpired all those years ago.

The ball is in our court. Do we insist that the jury is still out, or do we accept that somehow - somehow - a resurrected Christ changed everything? And if he did, what will we do with the truth of that? With the beauty of that? With the goodness of that? Will we invite that truth to live in us, to make its home in our heart, to flow over into our words and actions?

Will we strive to look for Christ in the world and find him in the face of all people? Will we accept Christ’s invitation to remember him in bread and wine, and when we visit the altar rail on Sunday mornings, let his love equip us for service?

Last week, Helen invited us to echo the messengers who greeted Mary and the other women who had arrived to anoint Jesus’s body but found only an empty tomb. "He’s not here," we said. But this week, I invite you to consider the new life of Christ among us, the living Christ we invite into our hearts to guard us and guide us. Let us say together "Oh yes he is." Because that is the truth that matters.