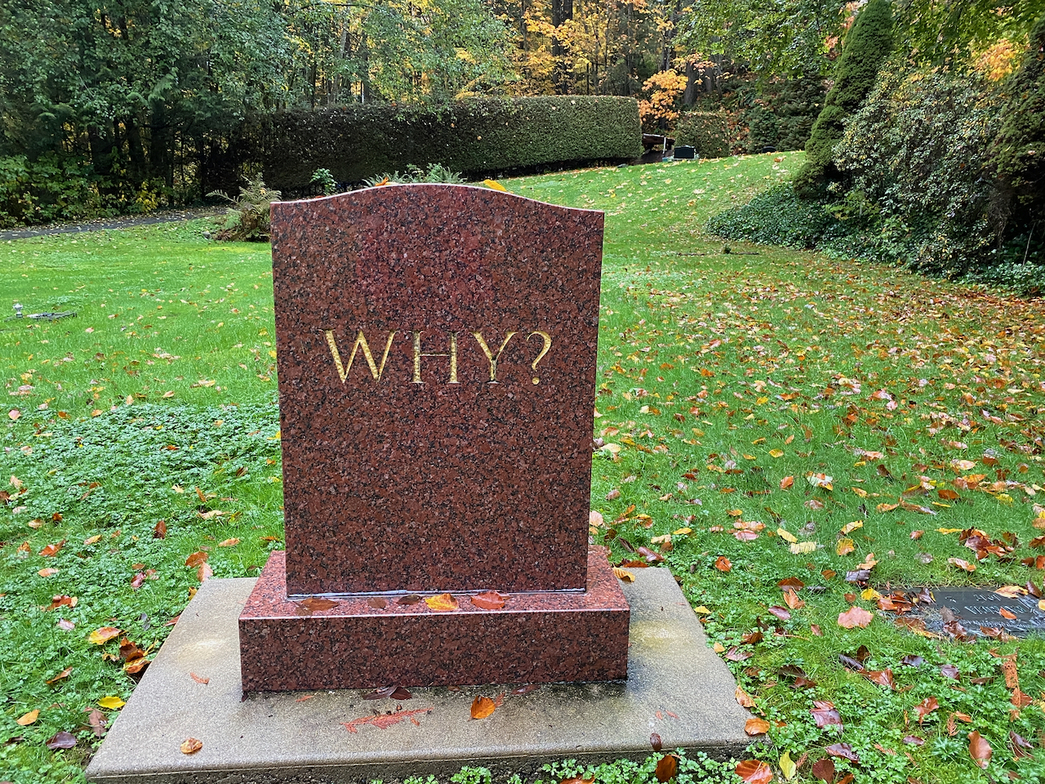 Back in 1995, the Guinness Book of Records calculated that the Bible was the best-selling book of all time, with more than five billion copies having been sold and distributed.

If we take the Bible and other religious texts out of the running, you might be able to guess the top seller. Yes, it is the Harry Potter series, with more than 120 million copies sold of the first volume alone.

There are many good reasons that the stories in both these books stir and engage us so thoroughly, but the theme we hear in today’s lectionary readings is the never-ending dance between the power of good and the power of evil; the eternal puzzler of why bad things happen to good people, and the question did God choose to put the snake in the garden and the Snape in Hogwarts, or are terrible events and great suffering entirely random?

Let’s turn to another book that hasn’t YET sold 120 million copies, but is making a start. This is  from André Stephany’s recently published book, My Dishwasher Theology, which gives his views on some of the basic questions of faith. When it comes to whether or not an all-powerful, all-seeing God causes or allows human suffering and disaster, André says this:

…it is important to make it very clear; no one has ever developed a fully satisfying answer to this question and we will not until we stand before the heavenly throne. The only thing we can do is to look at the different options our human mind can think of. The issue is to bring together our experience of a loving God with powers beyond our imagination and our experience of real existing suffering and pain in our lives and the world. We can only look at different options and different theological concepts and there will be different ways of knitting those options together.

There is, of course, much suffering that results from the consequence of human behaviour. This isn’t necessarily due to unkind acts or untoward intentions; suffering results from things left undone, as well. The only thing needed for evil to flourish is for good men and women to do nothing, as the expression goes. Our inattentiveness to cultivating and nourishing what is good can lead to a tipping point at which a price must be levied. That might be irremediable climate change, a broken relationship, or (speaking personally) the fact that your pants suddenly don’t fit because you’ve spent months of the pandemic foregoing your usual healthy-ish habits and working from an armchair with regular forays to the kitchen. Self-inflicted suffering, while painful, at least makes sense.

As humans, we insist on knowing the reason for things; we like to identify cause and effect. Our brains are wired to create linkages. So if we eat out a new restaurant one day and the next day we feel ill, it is very tempting to assume that one caused the other, even though that may not at all be the case. And we don’t just want our cause-and-effect scenarios to be rational, we want them to be fair. If a person conducts themselves well, their life should turn out well.

So, for example, when someone like Rachel Held Evans, an American who was the leading voice of a generous, wholehearted Christianity and who was the inspiration for tens of thousands of people to become re-enchanted with their faith, when someone like Rachel is taken by an inexplicable, fatal illness and dies at age 37, we are left struggling to see how that makes any sense at all.

When we can’t see a reason, we sometimes decide the hand of God must be at play. Remember the people around Jesus asking why the young man was blind; was it because he sinned or was it his parents? Surely there must be some divine justice at work, or why would he be blind and not the neighbour’s kid?

The Bible is replete with stories that try to make sense of all this. This morning we heard Hannah in her great sorrow praying that she might bear a child. Why was she, a good and devout woman, denied a child when those around her were not? Surely, if she was trusting and faithful, God could and would solve her problem - and indeed, God does. And instead of a psalm today, we read the canticle, or the song, of Hannah. It, too, speaks to the thrilling hope that God will set all things right. "He will guard the feet of his faithful ones, but the wicked shall be cut off in darkness." The good will be raised and the bad will get their comeuppance.

But how does that sit with the parents of the 17 year old who died in a fatal car accident in Langley this past week? How does that speak to those whose homes were lost to wildfires this summer? Or to a non-smoking, marathon runner diagnosed with Stage 4 lung cancer? Or the parents whose baby is stillborn? Were these decisions made by all-powerful God who thought they needed to learn a life lesson? Do we really want to float the idea to these people that God had a reason for stealing away your son, your home, your health, your baby?

A quote that stays with me is: "God isn’t in the event, God is in the response." God may not have caused our tragedy, but God works with us to build something good and true in its aftermath. In today’s gospel, Jesus is a prophetic voice foretelling wars between nations, famines, and earthquakes. He doesn’t describe these as wilful acts of God; he knows, though, that such happenings are part of the life of this world. And he calls them "birthpangs." He states with confidence that after upheaval something better can rise from the ashes.

As we read in Psalm 40, God can draw us up from the miry bog and put a new song in our mouth. And in this week of remembrance, as we think about countless lives lost in combat, as we sing for the healing of the nations, we feel keenly how desperately God’s new song is needed.

In a recently published article, Jessica Schaap from the Synod Office quotes Anglican theologian N.T. Wright, who puts it like this:

Jesus doesn’t give an explanation for the pain and sorrow of the world. He comes where the pain is most acute and takes it upon himself. Jesus doesn’t explain why there is suffering, illness and death in the world. He brings healing and hope. He doesn’t allow the problem of evil to be the subject of a seminar. He allows evil to do its worst to him. He exhausts it, drains its power and emerges with new life.

God created us to seek meaning in life; Alone amongst all creatures, as far as I know, we learn to examine our tragedies and losses and find a message or a purpose in them. This is an amazing quality, one that increases our resilience and survival both as individuals and as societies. 20th century poet and playwright Bertolt Brecht wrote:

The God-given power we have to use our creativity to find the the golden thread of grace that runs through and beyond life’s sorrows is perhaps one of the greatest abiltiies we possess. And it isn’t just a God-given power, it is a God-accompanied power. God walks with us through hardship and leads us to possibilities for renewal. God may not always heal our bodies, but God is always aching to heal our souls and to bring us to a place of peace.

But seeking new life after disaster or tragedy is very often hard to do in isolation. Life brings with it stunning blows that leave us reeling in their wake, and the very thought of putting one foot in front of the other is daunting, let along doing it with a new bounce in our step. On our darkest days, the thought seems almost offensive. There was a reason Jesus sent his apostles out two by two, and a reason St. Paul wrote passionately to encourage the fledging church communities that were feeling birthpangs of their own as they took shape. Community is necessary for perseverance and healing - you will recall from last week’s gospel that it took Lazarus’s friends and family to unbind him from his wrappings after he was brought out of the tomb and into restored life.

In today’s epistle to the Hebrews, Paul wrote:

Let us hold fast to the confession of our hope without wavering, for he who has promised is faithful. And let us consider how to provoke one another to love and good deeds, not neglecting to meet together, as is the habit of some, but encouraging one another, and all the more as you see the Day approaching.

It is easy to keep negative thoughts and acts spiralling in our lives when we don’t have spiritual support around us. In listening to people offer their stewardship moments over the past years, I know how much members of this congregation value each others’ encouragement and presence. We pray for each other when we are too ill, or too low, or too angry to pray for ourselves. We hold each other in good times and bad. I think St. Paul would approve.

Thanks be to God and to our companions in faith, past, present and future, who accompany us and encourage us to find the dawn that awaits us on the other side our darkest nights.