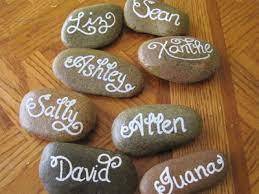 The year was 1999. Destiny’s Child had just released their hit song “Say my name.” You know the lyrics; I know you do.

1999 was around the time my little brother started getting phone calls from girls. Of course, my sister and I would be the first to the phone when they called.

We knew our brother as “Matthew”, so we really had no idea who this “Matty” was [sarcasm]. He had taken on this new name at school and as his sisters we had no choice but to enjoy every minute teasing him about it!

What does it mean to be called by your name? This is the question at the heart of my sermon today.

Some of you will know the liberating experience of changing your name. Maybe it was when you could legally change it? Something you wished you’d been called all your life? A colleague of mine—from my Calgary days— he tells the story of his son transitioning from the name he had been given by his parents at birth to the new name he took on when he came out as transgender. He talks about the grieving period that parents of trans children sometimes go through, when they have to let go of the name they had given to their child. In trans communities, a person’s former name is sometimes referred to as their “dead name”. For some, it’s understood that this name is “put to death” with the “putting on” of a new identity, a new name. While this can signal a period of grieving, it also signals a period of new life: a process reflected in scripture when we read about putting to death the old self to embrace the new in Christ, “to cast off the works of darkness and put on the armour of light” (Romans 13:12 King James Version).

As an aside, did you know that the Anglican Church of Canada has a liturgy for affirming a person’s gender identity within their church community? It’s a really amazing service and it comes with an entire guide for supporting someone through a gender transition. If you have someone in your life who is walking this journey or you yourself are walking this journey, St Clement’s is a place where you are welcome to have your name celebrated.

There are names we are called when other major transitions take place. Names like, “married” or “parent” or “divorced” or “student.” You might adopt the family name of your partner when you get married; or drop the surname of your spouse following a break up. At some point, maybe you became “so and so’s mom” or “Uncle” or “Auntie”? Perhaps you have “Student” on your bus pass, or the “N” for new driver in your vehicle window? Names have always been important in pointing out when something big and important is happening.

Names can be a playful thing, too. In the 2017 coming of age film, “Call me by your name” two people falling in love call one another by each other’s name. It’s this romantic act, a desire to know and be known completely by another person. We also have nicknames, terms of endearment, for those close to us, don’t we? When Peggy was made Archdeacon, I started calling her “The Arch”. This was a nickname that had been given to the late Archbishop Desmond Tutu. I think of the ways that Peggy lives out her vows as a deacon, particularly in caring for the outcast in our communities. I see Archbishop Tutu in her.

In our gospel reading today, Andrew brings his brother Simon to Jesus and Jesus calls Simon by a different name. Jesus says to him, “‘You are Simon son of John. You are to be called Cephas’ (which translated means Peter).”

I’ve always found it interesting that in John’s gospel, before Simon can confess Jesus as the Messiah, before Simon can call Jesus by his name, Jesus must first call Simon by this new name. It’s the other way around in Matthew’s gospel. In Matthew’s telling, Simon first calls Jesus, “Messiah” and then is given a new name. But, in John’s gospel, Jesus first calls Simon, “Peter” before there is any mention of Simon recognizing Jesus.

So, what does Simon’s new name mean, anyway? Peter is most often translated as “rock”—as in “the rock upon which Jesus will build his church.” But, really, it’s more likely that Peter means “stone” or “pebble”—a gentle wordplay, a term of endearment for Simon—his wearing shoes that are maybe two sizes too big, his not-quite-getting-it, but nevertheless staying the course.

What does it mean to be called by your name? I reckon that for us to say who Jesus really is sometimes we first need to know that Jesus has called us by name. In whatever stage we find ourselves in, in whatever transition that’s taking place in our lives, we are known by Jesus for who we really are. We know Jesus by name, because he knows us by name. Amen.