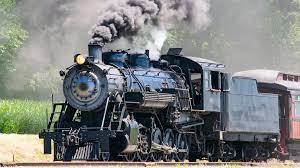 When I got my driver's licence as a teenager, my dad let me use his car on Friday nights, so I could go out with friends. His car had one of those built-in CD changers. Do you remember those? You could preload like seven CDs and shuffle between them. This was before Ipods and Iphones.

So, I’d pick up a couple of friends and we’d go driving around the city. And, I’d hit play on my dad’s CD changer and Bruce Springsteen, Fleetwood Mac, Carole King, all of the greats would come on. And, my friends would be like, “Don’t you have anything else?”

But, at the end of the night, once my friends were back and I was making my way home, I’d hit shuffle on the CD changer and sing along to those golden oldies. Man, I loved those songs.

It was Rod Stewart who introduced me to “People get ready”.

Curtis Mayfield wrote this song. Curtis Mayfield of the band, The Impressions. Mayfield wrote in the 60s, at the height of the civil rights movement in America. “People get ready” is in the Rock and Roll Hall of Fame. It’s part of that long tradition of Black American Freedom Songs. Think “Wade in the Water”, “Swing low sweet chariot.”

Mayfield says he wrote this song because of his time growing up in church. He wanted to talk about how, when God calls you on a journey, particularly a freedom journey, there’s no hiding place. You just get on board.

I like to think of John the Baptist as the Curtis Mayfield, the Rod Stewart of his time. John the Baptist was a prophet who studied in a place called Qumran, on the outskirts of the Dead Sea where some of the best scholarship, some of the best most hopeful messages of the time were being composed. We might think of him as a kind of biblical pop icon. He arrives in the wilderness of Judea with a song: “Repent for the kingdom of heaven has come near/Prepare the way of the Lord/Make straight his paths.” These are his lyrics, if you will.

John belongs to a long line of crooners who composed and sung freedom songs for their people. The letter to the Romans reminds us of the Patriarchs, ancestors who sang about an end to war; liberation from slavery; hope that their culture and language and families wouldn’t in fact be wiped out.

If John is the lead singer of this biblical pop band (you’re still with me on this metaphor?), if John is the lead singer then the prophet Isaiah is the drummer. He’s the one laying out that drumline we hear in our first reading: wolf and lamb, leopard and kid, calf and lion together in the same stable. And, a little child who watches over them all.

You know, I’ve often found the Advent season simultaneously comforting and infuriating. On the one hand, there is comfort in this vision of freedom—of the train that’s coming and the invitation to partner with God in making the world a better place. On the other hand, there’s the frustration and lived experience of broken promises. The times when what we were hoping for didn’t happen; when people we relied on didn’t come through. Sometimes I really wrestle with how God can make promises and seemingly fail to follow up.

The prophets, the patriarchs and the matriarchs, all of the people we hear from in this Advent season who are singing a freedom song, they remind me how powerful, how free of a thing it is, that we worship a God who invites us to choose. God makes these grand promises, casts these grand visions of peace and liberation because God knows what humanity is capable of, God knows the good humanity is created for. And, God isn’t like so many of the leaders of our world, then and now, who don’t give human beings the power to choose, enslaving others in order to make their vision come true.

So, I’ll leave you this morning with some questions to consider in this second week of Advent: What is the freedom journey of our time? What are the places in your own life where God is calling you to sing a freedom song? Are you ready?