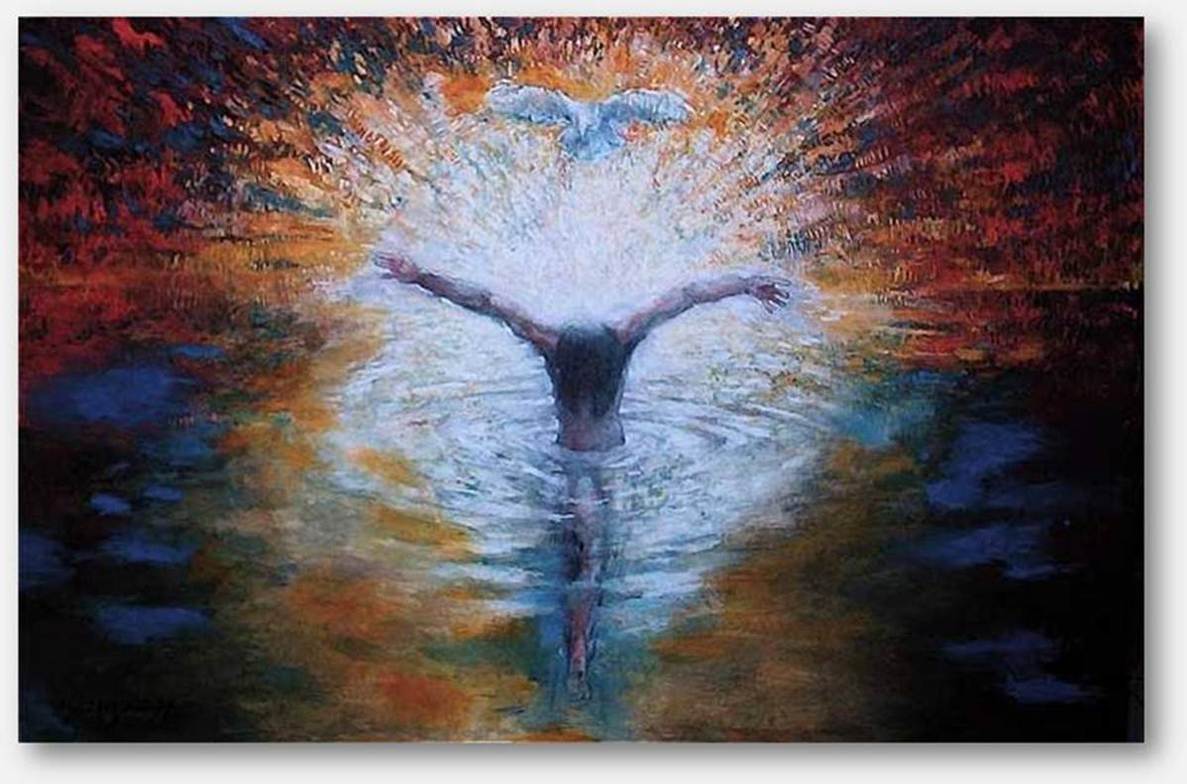 Don't read this the wrong way, but I’m keeping my fingers crossed that I won’t be here with you next week! Having had my booster shot, I am looking forward to going with my sister to my favourite getaway place, Yellowpoint Lodge on Vancouver Island.

Although we will be diminished in number this time, our group of five or six women friends has travelled to Yellowpoint on this January weekend for well over a decade, disrupted only by last year’s pandemic lockdown. The wonderful cozy cabin, delicious set menu, and marvellous company are unchanging each year, and, given this, my memories of excursions past tend to blur into one another.

But a particular conversation that took place at Yellowpoint some years ago has stuck with me. I was chatting with another guest in front of the big stone fireplace in the lounge and when she learned I was involved in the church, she said: "Oh, my husband goes to church quite often. But I think all the different religions are valid; it’s all the same God, after all, so I don’t go to church."

I made polite noises and we moved onto other topics, but since then I have often answered her in my head. It is sad, I think, when people believe that by not partaking in any one religion, they are somehow showing their solidarity with all religions. I have no quarrels with  agnostic broadmindedness. But by keeping all faith traditions at a distance they aren’t really doing anything tangible to support the goal of multi-faith harmony; instead, I think they’re simply robbing themselves of a life made richer by participation in a community grounded in ancient wisdom.

What I wanted to say to her was just because all the town’s wells may lead to the same groundwater, it doesn’t mean a thirsty person shouldn’t pick one and drink from it. I wanted to point out that refusing to have your life shapred by the images, beliefs and festivals of one particular religion rarely keeps one’s heart and mind a blank slate, ready to receive a pure experience of the Universal Creator. More often, that slate is constantly getting scribbled upon by one of society’s other competing narratives. Narratives of materialism, out-of-control individualism, consumerism, or competition to be the best-looking, the top-ranked, or the most "successful." People of faith aren’t immune to these other "isms," of course - far from it - but if we keep filling our slate with God-centred prayer, practice and community, we have a fighting chance of putting those other isms in perspective, and a greater chance of creating a joyful, hope-filled life that serves ourselves, our families and the world around us.

I bring this up today because it occurs to me that if Jesus could plunge headfirst (literally) into his faith community by means of baptism, the rest of us have no excuse to stand on the sidelines. In Judaeo-Christian culture, if anyone could claim to have a direct experience of God, rendering the trappings of religion surplus to requirements, it would be Jesus.

We know, however, that the opposite was the case. The songs and stories of the Hebrew scriptures were woven into Jesus’s speech and his imagination; he was a faithful adherent to Jewish religious custom and practice. He made a point of saying that he did not come to abolish the law, but to fulfil it.

But even John was said to have doubts about the point of baptising Jesus. In Matthew’s version of today’s gospel story, John protests and says that Jesus should be baptising him, not the other way around. But Jesus insists, saying "it is proper for us to do this to fulfill all righteousness.”

Jewish tradition at the time of Jesus, though, focussed more on the purity obtained by ritual washing of this nature. We see in Exodus, for example, instructions for priests to wash their hands and feet before burning a sacrifice at the altar, and, later, pilgrims to Jerusalem had to immerse themselves in the mikveh - the ritual pool - before entering the temple. Shaped by this tradition, John the Baptist baptised people to symbolize their repentance from sin in preparation for the end times that were being foretold. That he did so in the Jordan River was significant - according to Jewish practice, natural flowing waterbodies were what they called "living water," and as such were the best for ritual washing. Fountains were the next best, then the mikveh bath, then cisterns of collected rainwater, then cisterns of standing water.

Unlike Christian baptism, which is considered by most denominations to be a unique event that cannot be undone or redone, Jewish people made repeated use of the mikveh bath to restore a state of ritual purity in a variety of circumstances.  Grander homes had a mikveh in their basement for the use of householders and guests.

I was interested to read that the Hebrew word mikveh shares the same root as the words for hope, for binding together, and for alignment. Taken together, the mikveh bath reflects a sense of aligning with, and binding oneself to, God and of waiting on God with hope and trust.

Christian baptism, which began in the earliest years of the Church, has been regarded in a variety of ways over the centuries and in different denominations. Anglicans, for example, do not believe that babies who die prior to being baptised go to purgatory instead of heaven. And there has been and continues to be mixed feelings about baptism’s role in washing away one’s sins. One may or may not adhere to the doctrine of original sin, which dictates that even infants fresh from the womb are in need of salvation and forgiveness.

To me, baptism represents a promise made on behalf of ourselves or our children that we will don the armour of God as described in Ephesians 6: the Belt of Truth, the Breastplate of Righteousness, the Gospel of Peace, the Shield of Faith, the Helmet of Salvation, and the Sword of the Spirit.

While many of us may well shy away from this military metaphor, I encourage you to think of God’s armour as providing not weapons, but tools - the tools we need to confront the darkness of injustice and sorrow, and to make manifest the light of God. And the image of armour reminds us that God strengthens and protects us when we take on the work of love.

We at St. Clement’s perform asperges during baptisms, a practice in which we sprinkle the whole congregation with holy water as a reminder of our own baptismal vows. We promise to take part in Christian prayer and practice, to resist evil, to proclaim the gospel by word and deed, to strive for justice and peace for all people, and to safeguard the integrity of God’s creation. We will be performing asperges today as well, during the Offertory Hymn. You will be pleased to know that we have not kept with the early Church practice of using cold water for this purpose - we hope that being sprinkled with a branch of room-temperature water is enough to re-focus us on these life-affirming vows.

Baptism is just one of the tangible rituals of the Church that enable us to put face and form to the invisible and eternal. I thank God that different cultures are each given a window to the holy. May our Christian tradition be for us a stained glass window; one whose story, pattern, and beauty do not veil the truth that lies beyond it, but bring to life the glory of the One, Universal God who loves us all.