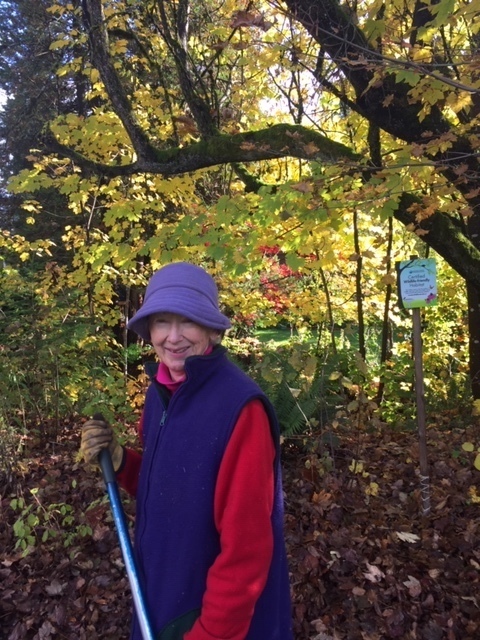 So, if André’s request to Peggy to write about the diaconate came out of the blue, so did Peggy’s to me!  It’s been good to have the opportunity to reflect on “my life as a deacon,” which is what you were promised in last week’s Good News Gazette.

When the first cohorts of deacons were being ordained in our diocese twenty and more years ago, someone asked me if I had thought of becoming one.  All I could think of was that it would mean wearing a clerical collar and going to clergy meetings - and who would want either of those things?

So, when I did feel a pull towards ordination I was not expecting it - but it led to ordination in June 2007.  My discernment and formation process was different from Peggy’s, but, like hers it involved working with the parish under the direction of the diocese, to “see if there was a deacon-shaped hole at St. Clement’s, and whether Elizabeth was the person to fit it”, to quote Richard Leggatt, who oversaw the process.

What initially drew me was the deacon’s role in the liturgy.  Proclaiming the Gospel, setting and clearing the table and announcing the dismissal are a huge joy and privilege for me - feeding the people with Word and Sacrament and then sending us all out to be God’s people in God’s world.  And the liturgical role is common to all deacons - but as Peggy has pointed out, each deacon exercises their ministry in the world differently.

Mine has had two strands: pastoral care and care of the earth - the former in being with people, offering a listening ear, often in times of illness or grief, but also on an ongoing basis, within and beyond the St. Clement’s community; the latter as a hands-on gardener before I retired from the workforce, and now as deacon of Salal + Cedar, our diocesan environmental justice community.

In 2017, by which time Peggy had joined us, I retired from being deacon in the liturgy on a regular basis, from preaching and from being on parish committees.  My current status is “retired but active."  Since André came as our priest, I have returned to the Wednesday morning clergy team meetings as we plan for “what’s next” in the parish.

It seems to me that my life as a deacon is like an iceberg - there’s only a small part of it above the waterline, the visible deacon part.  But holistically, I can’t separate being a deacon from any other aspect of my life.  As Peggy has already said, if there’s anyone who is curious about being a deacon, who is wondering what it might look like for them to explore this vocation, we’d be happy to begin a conversation.

People get ready What, exactly, are we waiting for ...? King Jesus