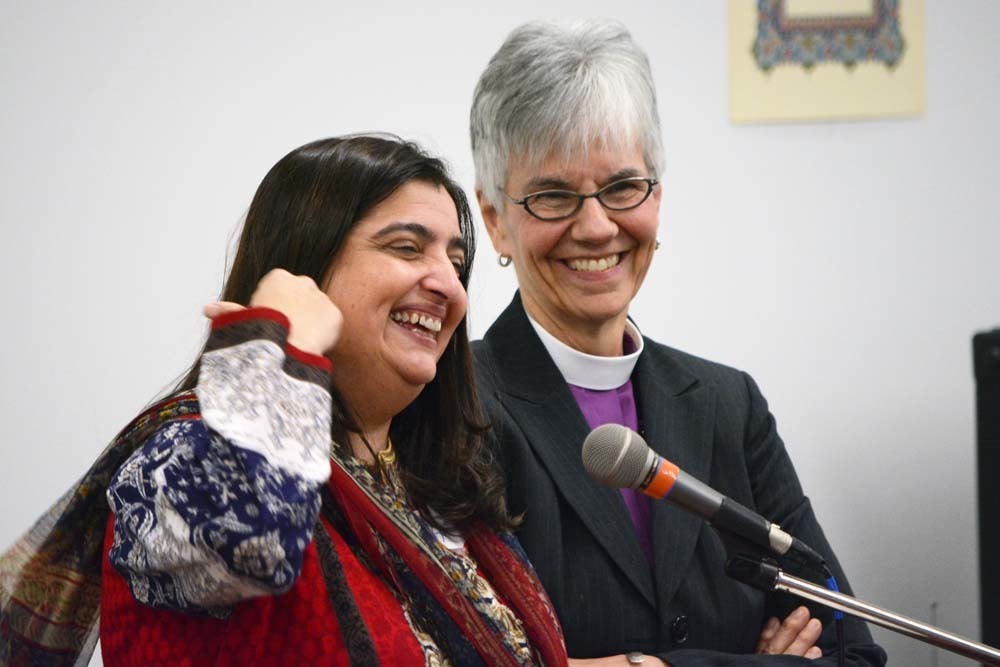 Happy New Year! I stayed up till midnight on Friday (I don’t always make it to midnight on New Year’s), in part, because it’s the one time of year it’s socially acceptable to yell across the street to your neighbours.

The other reason I stayed up this year is because I wanted to watch the funeral for Archbishop Desmond Tutu. It was live streamed from St George’s Cathedral in Cape Town, South Africa.

Archbishop Tutu lived an extraordinary life: he was 90 when he died. He is the person responsible for the term “rainbow nation”. He is heralded as one of the most influential people involved with the Truth and Reconciliation Commission in South Africa (on which Canada would later model its own TRC). This was a public hearing where “witnesses who were identified as victims of gross human rights violations were invited to give statements about their experiences. . . . Perpetrators of violence could also give testimony and request amnesty from both civil and criminal prosecution.”

Peter Elliott, the former dean of this diocese and the retired rector of Christ Church Cathedral, was reflecting on Tutu’s life this week in a blog post titled, “Transfiguration: Remembering Archbishop Desmond Tutu.” He wrote about Tutu’s visit to Vancouver in the early 2000s. Peter was Tutu’s host and as they were pulling up to the Pacific Coliseum where Tutu would meet with the Dalai Lama for a televised conversation, Archbishop Tutu noticed a number of people---all Christians---outside the Coliseum protesting. They were incensed that the event would feature a Christian and a Buddhist. Peter tried to explain the religious geography, the range of Christian belief in Lower Mainland, BC. Archbishop Tutu commented: “What they haven’t discovered . . . is that God is not a Christian.”

God is not a Christian. This would later become the title of one of Archbishop Tutu’s books and the subject of an article he wrote for the Huffington Post in 2011. Here are two quotes from that article:

We must acknowledge [people of other faiths] for who they are in all their integrity, with their conscientiously held beliefs; we must welcome them and respect them as who they are and walk reverently on what is their holy ground, taking off our shoes, metaphorically and literally. We must hold to our particular and peculiar beliefs tenaciously, not pretending that all religions are the same, for they are patently not the same. We must be ready to learn from one another, not claiming that we alone possess all truth and that somehow we have a corner on God.

The second quote is this:

We should in humility and joyfulness acknowledge that the supernatural and divine reality we all worship in some form or other transcends all our particular categories of thought and imagining . . . . we should seek to share all insights we can and be ready to learn, for instance, from the techniques of the spiritual life that are available in religions other than our own. It is interesting that most religions have a transcendent reference point, a mysterium tremendum, that comes to be known by deigning to reveal itself, himself, herself, to humanity; that the transcendent reality is compassionate and concerned; that human beings are creatures of this supreme . . . in some way, with a high destiny that hopes for an everlasting life lived in close association with the divine.

We must be ready to learn from one another, not claiming that we alone possess all truth and that somehow we have a corner on God. [W]e should seek to share all insights we can and be ready to learn, for instance, from the techniques of the spiritual life that are available in religions other than our own.

The Magi, from our gospel reading today, are a prime example of this.

The Magi are from a region in Persia. They are known in the history books as Zoroastrian priests because they worship God and discern the mysteries of the universe through a scientific method that today we would call astronomy, and they follow a spiritual practice we might know in modern terms as astrology. In short, they are star-seekers.

While they are not Hebrew, nor Jewish, they have heard that a noble, even messianic birth has occurred in the land and they are interested. Using the traditions known best to them in their religion, they seek out this newborn saviour by following a star to his birth place. What they did after finding the Christ-child, we do not know. Did they continue worshipping Christ, following the tenets and doctrine of Jesus of Nazareth? Is it important or even necessary for us to remember them as “Christian”?

I’ve often thought that the remarkable thing about the Magi is that they could have stayed home. Or, as we heard in our reading today, they could have reported the saviour’s whereabouts to King Herod, stamping out any competition with their own religion. Instead, they make the journey of interfaith curiosity and hospitality. I see in the Magi a readiness to learn . . . not claiming that they alone possess all truth, that they somehow have a corner on God.

I remember a seminar for priests and deacons facilitated by Dr Seemi Ghazi, a practicing Sufi and a sessional lecturer in Islam at the University of British Columbia. After an incredible lecture about her experience giving birth and the affinity she felt with Mary, mother of Jesus, Seemi invited us to pray with her—the Sufi way.

Clergy are difficult to wrangle at the best of times; and this was no exception. You could feel the awkwardness in the room. Was it okay for us as Christians to pray this way? Would God frown on this? Seemi anticipated our concern. She told us about how she sings Handel’s “Messiah” at Christmas every year, often the lone Muslim in a choir of Christians worshipping in a Christian church.

“Nothing bad has happened to me so far,” she said.

Whether the Magi became Christians is maybe not the point of this story on the Feast of the Epiphany. Perhaps the point is the extraordinary curiosity and hospitality they extend to a Hebrew Jewish family huddled in a stable out of view from a despot who seeks to destroy them and their way of life. Perhaps the extraordinary thing about the Magi isn’t first and foremost their religious label, but the power behind their openness to experience the Divine in new and uncharted territory. A power that rivals the power of the star which they follow to get there.

In her National Geographic article on how stars are made, Catherine Zuckerman writes (with just a touch of humour) that the lyrics, “twinkle, twinkle little star” might be more scientifically accurate if they were written as: “emit, emit, gigantic ball of gas.”

Stars are huge celestial bodies made mostly of hydrogen and helium that produce light and heat from the churning nuclear forges inside their cores. Aside from our sun, the dots of light we see in the sky are all light-years from Earth. They are the building blocks of galaxies, of which there are billions in the universe. It’s impossible to know how many stars exist, but astronomers estimate that in our Milky Way galaxy alone, there are about 300 billion.

Desmond Tutu, "God is not a Christian." Accessed online at
https://www.huffpost.com/entry/god-is-not-a-christian_b_869947

Catherine Zuckerman, "Everything you wanted to know about stars." Accessed online at https://api.nationalgeographic.com/distribution/public/amp/science/article/stars