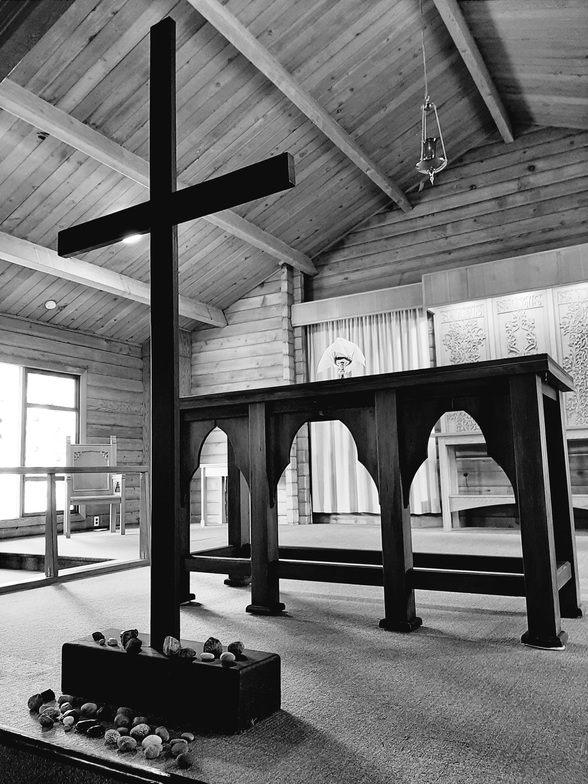 Brene Brown, the popular psychologist, she has this short video on empathy. She explains the concept using an animated bear and fox. The fox has a rain cloud over their head. They’re having a tough time. The bear is doing a really good job of listening, recognizing that in this moment, for the fox, their perspective is their truth (the bear is tempted to interrupt and say, “Have you thought about it this way?” but he doesn’t).

The video goes on. The fox is sliding deeper into depression. They’ve fallen into a pit. They say, “I’m stuck. I’m overwhelmed.” The bear climbs down and says, “I’m here. You’re not alone”.

Then another friend appears, this kind of annoying looking deer. It pokes their nose into the hole from above and says, “Wow, looks bad down there!"

Brene Brown points to the bear as the good model. “What makes something better” she says, “is connection.”

The video is really useful and it also hints at the way that empathy can be a spiritual support, as well as an emotional one.

“Empathy is a kind of sacred space,” Brene Brown concludes.

Recently, I found out that Brene Brown is a Christian, and not only that, she’s an Anglican! So, on this Good Friday, I am thinking about empathy and the Cross. What if Jesus, who our faith says was God in human form—God born of a human mother, raised in a human family, who laughed and ate and loved and cried, who was arrested and killed by human authorities, who died a human death—what if this Jesus is the example par excellence of empathy?

I don’t know about you, but for me, divine punishment, rather than empathy, used to be the crux of my faith. For a long time, Good Friday was first and foremost about Jesus dying for my personal and individual sins. This theology was about a God who so hated my sin, so despised my humanity, he had no choice but to come down and pay the ultimate price.

For a while, this understanding of Good Friday kind of worked. It was comforting, in a way, to know that when I’d really screwed up, there was a God who would forgive. If I confessed my sins and believed in him, I would be alright. And, what’s more, I wouldn’t have to fear the afterlife; I wouldn’t have to worry about what might happen when I die.

But, as time went on, I started to struggle with this. When people around me were going through a hard time, they didn’t seem to find lasting comfort in the idea that their pain was somehow a result of sin. It felt remote, distant to pray to this God who was once down here among us, but now back up there. This theology, this approach to human suffering seemed only to provide temporary salve.

And, I started to see that what my friends or family members had come to understand as sin, what I had learned to call sin in my own life, it didn’t really feel like sin after all. My friend who fell in love with his guy friend, my own desire, these things were leading to love and beauty and life, not death.

Last night, I was at the Cathedral for the youth event and a teen I knew from a few years back, they came running over and said, “Hi!! I didn’t know you were going to be here!”

I thought for a moment that they had mistaken me for someone else because I didn’t recognize them. Then I realised: they had transitioned, taken on the gender they were always meant to be. This teen, they were trying out a new name and a new haircut and they were just so full of life!

When I am in pain, when friends of mine are having a tough time, it no longer feels helpful to have a God that looks from heaven and says, “Wow, looks bad down there.” I want a God who will get down into the pit with me. I long for a God who laughs and eats and loves and cries and calls all of it, all of it, sacred.

When I look upon the Cross on Good Friday, I see the Jesus who, the writer to the Philippians says, “did not consider equality with God something to be grasped, but emptied himself [got down into the pit], . . . and being found in human form, humbled himself and became obedient to the point of death, even a criminal’s death on a cross.

John 3:16 is one of the most famous verses in the Bible, often quoted when we talk about Jesus’ sacrifice for humanity. It goes: “For God so loved the world that he gave his one and only Son, that whoever believes in him shall not perish but have eternal life.”

Eugene Peterson puts it this way: “God didn’t go to all the trouble of sending his Son merely to point an accusing finger, telling the world how bad it was . . . . He came to help, to put the world right again.”

These days I see the Cross not as a sign of divine punishment, but a symbol of divine empathy: the extent to which a loving God would identify with the pain and suffering which people experience on earth, dwelling here with us as we work together to put the world right again. God so delighted in the world, they didn’t skip out; they got into the pit and became fully human. God so loved the world. God so loved the world.