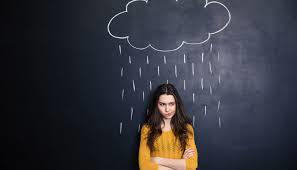 I have an issue with our gospel reading today. What kind of person leaves a friend in prison when you have the power to get him out? What kind of saviour comes into the world claiming to be fully God and fully human, and can’t even break his buddy out of jail?

I wonder if this is what John the Baptist was thinking when from his jail cell he sent word to Jesus saying, “So, are you the Messiah? Are you the One, or should I be waiting for someone else?”

Imagine: you’ve been waiting to escape these desperate circumstances. You’ve been, like, the last person on earth to hold out hope while everyone around you is saying, “Just give up.”

Then, finally, finally, the person you think is here to make everything right, finally this person arrives and . . . . You’re stuck behind bars; the despot is still in charge; the rich are getting richer; and the poor are still poor. At the heart of our gospel reading today is something that I think all of us go through, whether in Jesus's time or in our own. It’s that fundamental human experience of having your expectations meet your reality.

A little background on John. John and Jesus are not only friends; they're cousins. John has been sent away to “the wilderness”, which has a double meaning. Symbolically, the wilderness refers to the time that John’s ancestors spent in exile. The wilderness also refers to a literal place, a community called Qumran, on the outskirts of the Dead Sea, where later what we know as the Dead Sea scrolls were discovered. As I mentioned last Sunday, this was a place where cutting edge research was being done. John has been sent there to study with some of the best thinkers and intellectuals of his time. He’s been sponsored by his community. His “home church"  has sent him there on scholarship, if you will.

And, he’s been sent there with the expectation that he would return with a solution for the crisis his community is facing: solutions for housing, for example; prison reform; a way for young families who work in the city to be able to afford to live there while raising their kids and taking care of ageing parents. It’s the first century, sure, but some days I wonder if there aren't parallels to some of the public policy issues we deal with today.

So, when John comes back from “the wilderness” teaching and preaching about Jesus, and then gets thrown in jail, the people around him are starting to wonder, “Is this really it? Is this really the answer we’ve been praying for?”

This is when Jesus speaks up. He says to the people in his and John's community, “What did you go out into the wilderness to look at?” What were you hoping for when you sent John away to school? “What then did you go out to see? Someone dressed in soft robes?” A ruler who would overthrow the Empire?

No, Jesus says, the One who has come into the world, he won’t be in the palaces with the rich and powerful, he’ll be down among the poor, among the blind, the deaf, the disabled, those riddled with disease, and yes, even the dead. Because this saviour isn’t one to escape the realities of human life; this saviour is one to dwell profoundly among them.

I was listening to a podcast this week with Dr Becky.* She’s a mom and a clinical psychologist and she was talking about the art of dealing with disappointment, especially around the holidays. She was talking about that moment on Christmas morning when your kid opens their presents and they don’t get what they were hoping for (cue meltdown). She recommended that in the days leading up to Christmas, long before any of the presents are opened, that parents start practising disappointment with their kids. To say to them, “I wonder what it would be like if you don’t get everything you asked for? What would that feel like?” Even if your kids aren’t in the head space to answer, just asking the question is good practice, Dr Becky says.

How many of us grew up with the idea that self-care is selfish? I still struggle with that myself. Self-care is simply acknowledging that we have limits; that we are human. Those moments when you pause and ask yourself, “What am I capable of here?” Those moments take place on holy ground. Those moments take place in relationship with a Saviour who does not transcend or supersede human experience, but who understands and empathises with it—all of it: the disappointment and the joy; the suffering and the triumph. Amen.