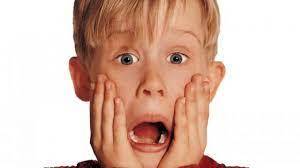 O God, it is good once again to gather in the quietness and to center [sic] down in stillness. The streets of our minds are so filled with traffic. Our spirits are so crowded with conflicting noises that it is wonderful to be quiet and to see if in the quietness we cannot sense some order in our lives, some specific sense of direction, something that will tend to [and] structure our confusion so that we may understand its character. Spirit of God, descend upon our hearts, wean them from earth, through all their pulses move. Amen.

This prayer is written by Howard Thurman, one of the great African-American theologians and civil rights leaders of the 20th century. I chose it because it notices all that we bring from our ‘outside’ or what is sometimes called our ‘secular’ lives into this sacred space. I believe that our outside lives and our lives here in church on Sunday mornings are one. What we learn here and take back into our communities, we can think of this as holy translation work.

Our first reading from Hosea, this is one of those Bible stories that needs some holy translation work before we can discern its meaning for our lives.

“Go, take for yourself a wife of whoredom and have children of whoredom.”

God says this to Hosea.

“. . . for the land commits great whoredom by forsaking the Lord.’”

Can you believe this is in the Bible?

Hosea is a prophet from long ago. He’s a truth-teller, raised up among a group of people who follow the Creator of the universe, the God of justice and mercy. Hosea’s community has a set of house rules and it’s clear from this reading that some of these rules have been broken. Some moral wrongdoing has occurred and God wants the community to take responsibility for their actions.

So, what is the moral wrongdoing that has taken place? We might see it as adultery—the men of Hosea’s community have broken their marriage vows. Some commentators even go so far as to say that these men have forsaken God not only by committing adultery, but by doing so with outsiders, failing to protect the purity of the community’s line. When God calls Hosea to marry one of these foreign women, to “take for yourself a wife of whoredom”, this is God’s way of punishing the community—God’s way of throwing up his hands and saying, “If you want to mix with outsiders, then you may as well marry one!”

While I can appreciate where these interpretations might have come from, I do wonder if there is danger in reading the passage this way. First, even though it’s the men who break their marriage vows, it puts the weight of the sin on the women in this story.  The problem isn’t so much that the men have committed adultery, but that they've done so with prostitutes, with such “despicable women.”

Even in our modern consciousness, I think we still tend to think of the moral wrongdoing in prostitution, in sex work, in terms of the promiscuity or deviance of the women involved. But what if we were to take issue first and foremost with the terrible economic and social conditions in which sex work often takes place? How would that shift our opinion of the “whores” in this story and indeed of sex workers in our own communities? How would that change our responsibility, our part?

Today’s reading from Hosea also risks giving folks who were once a majority population in society but may be no longer, license to demonize the outsider for the sake of self preservation (“why are all those people taking our jobs?” we sometimes hear). This kind of thinking fuels policies where ‘foreigners’ are portrayed as a threat to the power, prosperity, and national identity of a community, instead of a welcome addition.

Love God and love your neighbour. This is how Jesus once summed up the Ten Commandments, a.k.a. Hosea’s house rules. Loving God and loving your neighbour meant honouring a just economic and political relationship with the people around you. Neighbour in the Bible is synonymous with outsider, with enemy, and often, with foreign women of a particular sexual reputation.

The “whoredom” that Hosea’s people have committed isn’t that they’ve kept company with loose women or that they’ve been mixing with other races; the moral transgression is their failure to uphold a just relationship with other nations. The women in this story were forced into prostitution when their homes were pillaged. When God calls Hosea to take for himself a wife of whoredom, to marry a prostitute and foreigner, God isn’t throwing up her hands like an exasperated parent; God is doing something really quite radical for Hosea’s time. Marriage is one of the primary metaphors in the Bible for the relationship between God and people—so for God to call Hosea to marry one of these foreign women, this is no small thing.

The woman Hosea marries is Gomer, daughter of Dibliam. As we know, when women are named in the Bible, it’s a game changer. Gomer has a name, a lineage—a home. God calls Hosea to marry her in order to establish a covenant that honours the economic and political relationship between Hosea’s people and Gomer’s people.

And, just in case Hosea thought this covenant was temporary, that everything would one day go back to the way it was, Gomer has children, and God says to Hosea: your descendants shall be like the sand of the sea, which can be neither measured nor numbered (your community will not be governed by notions of keeping your lineage “pure”). For, to those of whom it has been said, “You are not God’s people”, to them it shall be said, “Children of the living God.”

What does any of this have to do with our lives in this time and place, on this sunny morning in July for those of us who decided that we might like to go to church?

God’s radical call to Hosea exposes the shame—not of Gomer or of other women or foreigners like her—but the shame of those who fail to act justly with outsiders, those who build up and allow xenophobic, racist, and sexist systems to exist.

So maybe the hope we can offer in our communities is something of a mash-up from Jesus’ teaching in the gospel and Hosea’s story from the first reading. What if we said something like:

You who know how to give good gifts to your own children, how much more will the Heavenly parent call those on the outside, “Children of the living God”?

Or maybe we can say it this way:

Only the borderless God knows the borders of inclusion.

Or maybe we can say it this way:

When it comes to citizenship in God’s kingdom where justice and mercy for all people reigns, everyone who asks receives, everyone who searches finds, for everyone who knocks, the door will be opened.


Note: This sermon was adapted from a sermon I preached at Christ Church Cathedral, Vancouver in 2019.