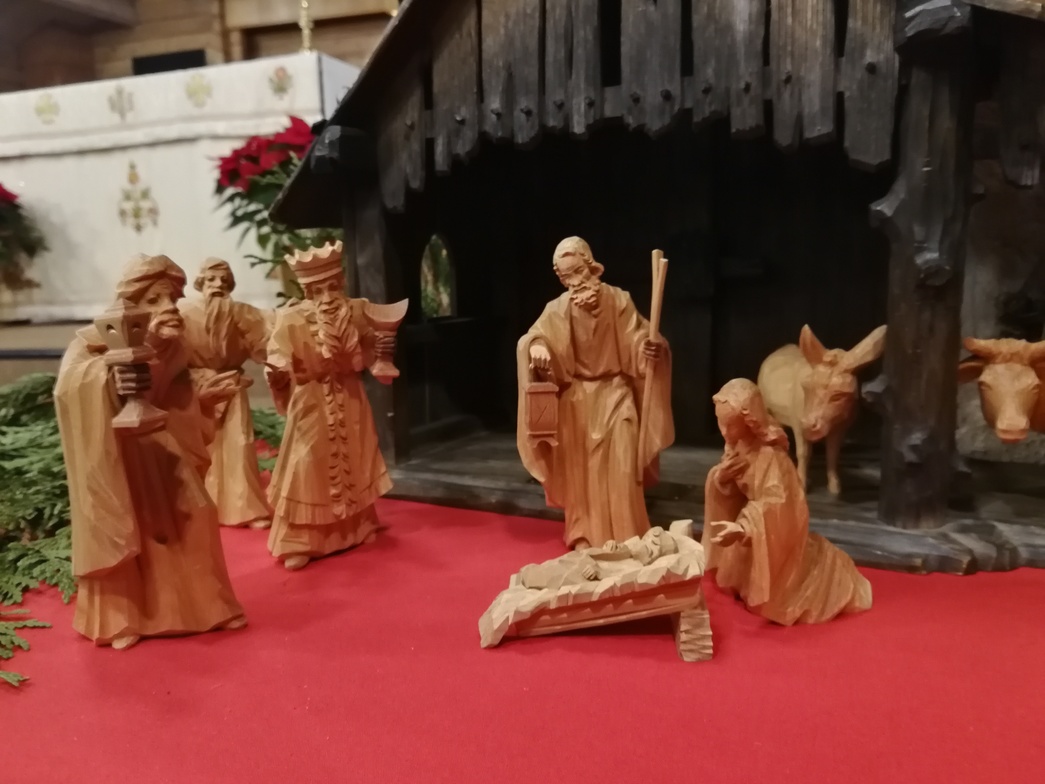 The Divine in the Ordinary

Did you see the look on their faces? Did you see the look on their faces? O dear, surprised was the minimum. Shocked would probably describe it better. I can see them, their eyes widening in unbelieving surprise, mouths open, quick looks at each other. What should they do? Their noble robes were getting dirty in the dust of the shabby place. They came all that long way for this? Had they made a mistake? All the signs were clear and had indicated to the birth of a new king. There was this star like at the birth of every great king. When they asked King Herod, his scribes found the prophecies in their scriptures immediately, prophesying the birth of the new king in Bethlehem. It all seemed as if they had read the signs correctly but what was this? Everything but a new king.

This child was born into the arms of a poor couple, completely average. There were rumours that it was born in a stable next to the animals. That could definitely not be a king and if it was, did they really want him to be king? What power should he have? What armies would follow him, what weapons would listen to his command? With what force would he free his country from suppression and how would he subdue the nations?

There must have been this moment, it probably felt like an eternity, but there must have been the 30 seconds when these wise men from the East were thinking about turning around and making their way home, wondering about the mistake in their observations. But one of them, or all three, must have seen it, the beauty, maybe just for a second, but one of them must have seen this Divine beauty in the eyes of this child. One of them fell to his knees and worshipped the child and the others followed. They saw the Divine in the hands of this poor woman. They saw the Divine in this ordinary child. Their journey wasn’t for naught; it was fully worth it. They had found the new-born king.

What expression would you have had on your face in that moment? Would you have discovered the Divine through the ordinary? And if so, how do you feel? Is that the king you were looking for?

Wouldn’t it be nice to worship a king or a queen who has all the powers imaginable in their hands? A mighty saviour who can free the world from tyranny, from pain, from hate, from this Corona disaster maybe? What does this vulnerable king have to offer? The one who’s symbol would become the cross—the instrument of his painful death?

This king never promised to free us from our problems in an instant.

If you were the Magi, would you stay and honor the child or would you have turned and left, looking for the real king? Well, if you listen to me asking this question, there is something in you that draws you to this king; else you would probably not have joined this service. But what is it that this king has to offer? This king is not the king who has armies behind him. He didn’t free his country from oppression and he does—to this day—not prevent suffering or persecution for many of his followers in the world.

But this king uses the strongest power of all: Love.

This king does not need to be born in a palace and robed in beautiful fabrics; this king wins the hearts of the rough shepherds and the noble Magi by his beauty and vulnerability.

This king does not need weapons, war and torture to overcome the enemies; this king would teach to overcome hatred by loving one’s enemies.

This king does not free the world from suffering, from pain and also not from Corona, but this king promises the presence of God in all suffering and in all joy.

This king promises to be close to his followers in every moment of our lives and to give us the strength to hold up hope and to remain faithful in love.

This king does not go into exile when the situation becomes dangerous; this king went to the cross to proof his faithfulness and love for all creation.

The Wise Men, or Magi, saw the Divine in the ordinary. That is not an easy task, especially these days, but let us help one another to keep our eyes and our hearts open for God’s presence in our lives, in the ordinary. What expression would you have on your face, when you met the Christ child today?