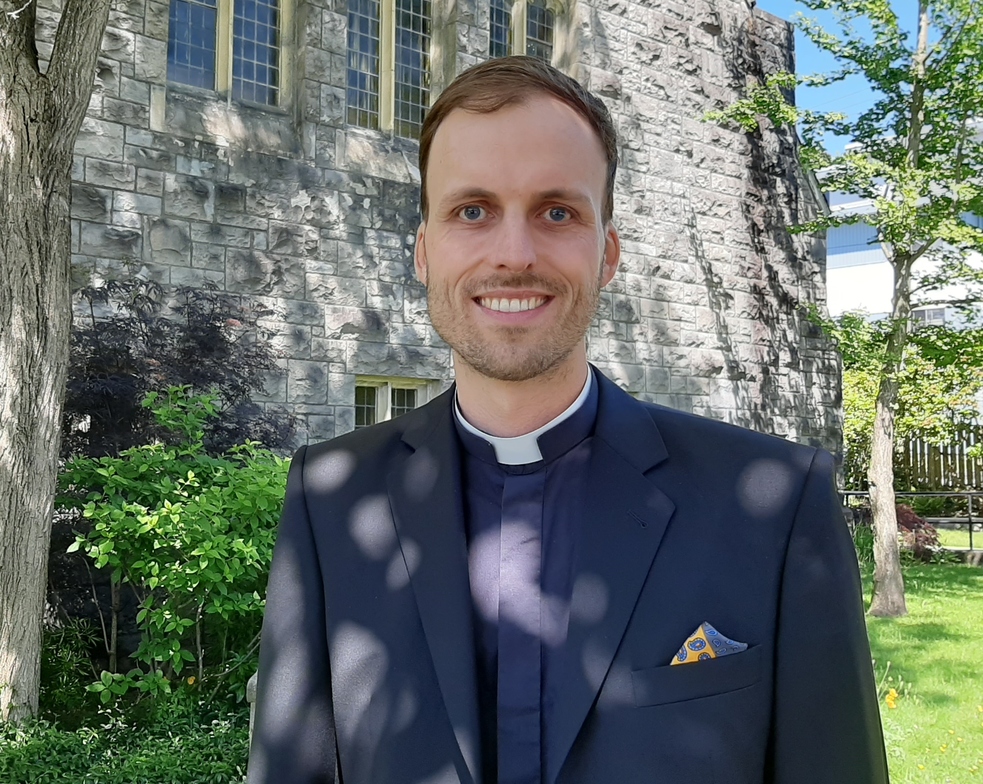 For pdf of the sermon, see below.

When Jack Sparrow, the former Captain of the Black Pearl in the movie Pirates of the Caribbean, is in prison, his fellow inmates talk about this cursed ghost ship with the name Black Pearl. One of them tells stories about the ship, its cursed crew and about their attacks on other ships and harbours. He closes his account with the dramatic words, “They never leave any survivors.” To which Jack Sparrow simply replies, “Where then do the stories come from, I wonder?”

That or something similar must have been the question of some ancient scribes who copied the Gospel of Mark, which—according to a majority of scholars—ended with the verse,

“And they went out and fled from the tomb, for trembling and astonishment had seized them, and they said noting to anyone, for they were afraid” (Mark 16:8a).

“They said nothing to anyone, for they were afraid.”

When the pandemic was very fresh last year, I thought it would be a good idea to postpone Easter until after the pandemic. Better to wait a month or two, I thought, and then celebrate it properly. Little did we know that we’d even celebrate a second Easter in a small circle and with a camera in church. So it wouldn’t have worked with my idea of saying nothing about Easter until we find the outer circumstances right. The lesson for me is probably that it is never possible to push away the Good News or God’s message to a time that seems more convenient.

One of the readings for Morning Prayer in the last week was Jeremiah. Jeremiah wrestles with God and is angry at God and wants to stop being a prophet. But then he says,

No matter how the Gospel ended, these women who were the first witnesses of the Resurrection weren’t able to say nothing to anyone. When the heart burns with God’s love in us, no fear or anxiety can hold us back from sharing it. Once the stone is removed from the tomb and we hear the angel’s message, there is no holding back. However,

For many of us, the point when we are overwhelmed by the grace of God, the beauty of the Resurrection, the outpouring love of God, has not yet come. For many of us, the tomb is still closed by this heavy stone and we say nothing to anyone for we are afraid. The source of fear and anxiety has not yet passed and the light of the Easter morning has not yet brought light to the shadows that make our life happy at the moment.

The women went to the tomb very early in the morning. Even if the people who like to sleep in disagree, the very early morning has always been a sacred time in many cultures; in Judaism, Christianity, Islam and for many First Nations. It is a liminal time, an in-between time. The night is passing, but the morning has not yet come. We are expectant of the warm sun but we are still freezing cold. Holy Saturday, too, is the in-between time. The silence of the tomb that is so difficult for us to bear.

We are standing at the entrance of the tomb, still cold from the early morning, shivering from the weight of a year of self-isolation, shocked from the events that took place here in Lynn Valley at the library, and the fire at the masonic lodge. We are in the in-between moment, as the women, but the fire of God loves will burn in our hearts and in our bones, as Jeremiah said, and we’ll feel the warmth of the light falling through the entrance into the empty tomb. As an old wisdom says, the wounds we carry are the places through which God’s light can enter.

God has long rolled it away when God overcame hate with love and called us to be citizens of that realm of love. We need to step into the light, become aware of that fire that is always there, that is in us. And we must never stop telling that story how we have experienced God at work in our lives and when we experienced new life growing out of the ashes. Then we’ll get through this valley and—to our surprise—find the stone still rolled away from the tomb. For Christ is risen. Alleluia! Christ is risen indeed! Alleluia!