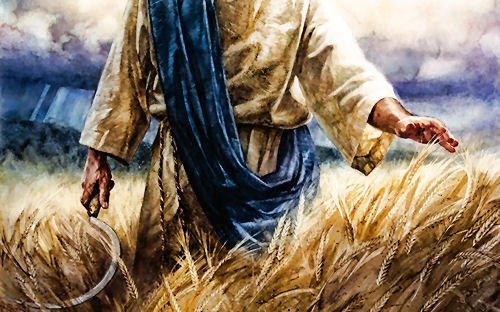 Many of you will have heard me talk about the blessings of being a member of the Lynn Valley Buy Nothing Group. If you haven’t, I’ll give you a recap. It is one of thousands of such groups around the world. A Buy Nothing group consists of several hundred Facebook members, all of whom live in the same neighbourhood, and who freely give to and receive from each other their time, talent, and treasure.

Among other things, I have given away a kitchen table, a tangle of coat hangers, a tub of hummus, an apron, cucumber seedlings, Archie comics and a half-finished rug hooking project. I have asked for, and received, everything from used helium balloons to hand puppets to budget tips. When I accidentally swiped some crockery from Yellowpoint Lodge on Vancouver Island, someone was even willing to take it back for me when she next visited her mom in that area. The pillows kids sat on at our play corner at last month’s Lynn Valley Family Fun Fair were from Buy Nothing Ken, who gave them to Buy Nothing Eva, who passed them on to me, Buy Nothing Peggy. The bags that we used for our St. Clement’s Advent kits were a gift from a local family whose business had closed. The drum that Conrad tuned for us recently was a gift from Buy Nothing Stephanie.

Buy Nothing members step up to hem each other’s pants and to pick up someone’s half-finished birthday cake to polish off with their own family. The generosity shown between people who are otherwise strangers is quite remarkable.

Amongst all these neighbourly transactions, there are some that stand apart for a particular reason. While most of the gifts kindly offered come from a place of excess - that’s where the half-eaten birthday cakes and beautiful but no-longer-needed furniture come in - some of the offerings are what I think of as the "first fruits" of the giver’s generosity. These are the people who don’t give from what is left over, but from what they would like to create. They put up posts that say things like: "If you’re a tired new mom who wants me to drop off a cafe latte tomorrow, please send me a message" or "I am going over to Costco today, does anyone need anything picked up?" or, one of my favourites: "I just purchased a new e-bike, would anyone like me to run any errands for them while I try it out?" These are not gifts made because the giver needs to divest themselves of something, but in order to build something - a feeling of fellowship by means of a tangible token of what it means to care for each other in community.

So that brings us to today’s reading from Deuteronomy, in which we hear of the Israelite’s customary offering of bikkurim, the first fruits of the harvest. This was an ancient practice that later had religious and liturgical rules and regulations layered upon it, but at its heart, the first fruit offerings were about building and affirming relationship. Baskets of the seven prescribed agricultural products were carried through the streets of Jerusalem by the male landowners in a great procession, led by flautists and greeted by singing priests. Even the king carried a basket on his shoulder.

As each man’s basket was swung from shoulder to priest to altar, he would recite what is known as the Avowal, which we heard in today's reading, and I hope it caught your ear. It begins 'a wandering Aramean was my ancestor,' referring to Jacob, father of the tribes of Israel. The Avowal goes on to tell of the mighty God who had rescued their forebears from oppression in Egypt, the God with whom they are bonded by covenant.

Mark Vernon, writing in The Guardian newspaper some years ago, had this to say about that verse, "A wandering Aramean was my ancestor." It is one of the oldest texts in the Bible, dating from at least 2000BC.

[The verse] sounds obscure but hearing it always makes me shiver. Maybe I can explain why. This fragment of text carries the echo of a very old tradition. It is more ancient than the Bible itself, and was gathered up and incorporated into the Book of Deuteronomy because it was already of great antiquity.

Scholars reckon the phrase was the confession of the early Israelite tribesman. It was a kind of cultic signifier, expressing a sense of belonging; a phrase around which a people could form. "A wandering Aramean was my father…."

Semi-nomads of the Fertile Crescent would have composed it. If it was uttered by these ancestors of the Hebrews, that makes it one of the oldest phrases we can know human beings have breathed. It is a relic of pre-history, a fossil from our past.

From these earliest of days, then, our practice of offering our first fruits at the altar is not just a way of saying "thank you" to God, but of claiming relationship with God. The God who leads us in green pastures and who walks with us when pastures are barren. The God who hears us in times of thanksgiving and times of lament. By offering our first fruits to God at the altar, we aren’t saying to ourselves "Gosh, aren’t we good and kind;" and we aren’t just saying "Gosh, isn’t God good and kind," we are affirming and celebrating God’s animating presence in our lives and our place in God’s family.

These first fruit offerings aren’t an income tax sent off to faceless authorities, but an offering made with joy and curiosity about what good use to which we and God can put them. Like the Buy Nothing person who offers to bring a morning coffee to a tired parent, wondering just whom she might meet, our food offerings this morning can be used not just to affirm and celebrate our relationship with God, but to affirm our relationships with those around us, whether that’s through a cookie or a casserole. We are sometimes reminded that love is a verb, not just a noun, and the same can be said for gratitude. How can we put our thanks into action?

We are, after all, reminded in the readings that while our act of Thanksgiving serves to affirm our kinship as God’s people, the celebration isn’t complete until we expand our embrace to those beyond our immediate tribal or familial circle. In Old English, the word kyndnes meant "nation," or a right to land or title based on inheritance through kinship. An act of kindness, therefore, was a gift or inheritance kept firmly within one’s bloodline; as Amy Peterson says in her recent book*, "Kindness wasn’t about recognizing the image of God in others but about maintaining one’s own image or social status."

But the kin-dom of God, and the kindness of God, is vastly different, and it calls us to be different. In the first reading, we hear that after the first fruit offerings have been made at the temple, the Israelites are to celebrate the bounty "with the Levites and the aliens who reside among you." It is one of many Scripture passages throughout the Bible that instruct us to protect and support foreigners in the land. And in the Gospel reading from John, Jesus assures a diverse crowd of listeners that there are no special insider rituals that must be adhered to in order to partake of the bread of heaven. "Whoever comes to me will never be hungry," he says. "And whoever believes in me will never thirst."

To practice God’s kindness, says Peterson, is to "see the image of God in everyone, outsiders and insiders, and learning to love our [own] kin in ways that don’t oppress others. Kindnesss sometimes means breaking boundaries of bloodlines to become family and being willing to have porous borders."

With this in mind, I invite us to consider those people who won’t be around a family Thanksgiving table today. How might we extend our tables, literally or figuratively, to show kindness based on God’s vision of inclusion, not just on the kinship created by bloodlines? You may not have time to set an extra place or two at the table today, but fortunately this is a question that applies every day of the year, not just at Thanksgiving.

At the end of today's service, you’ll have the chance to take your pick of these first-fruit offerings and use them to prompt an act of kindness to someone who could use some cooking or some company. If you’re drawing a blank and just can’t think of anyone right now, you might want to make up some soup and have it on hand in your freezer, because you’ll no doubt soon hear of someone who could really use it.

I’ve talked a lot about our first fruit offerings, when we give the best of our best in thanksgiving to God. But just before I close, I would also like to give a shout out to last-fruit offerings. When we are at a low ebb physically, mentally, financially or, heaven forbid, all of these at once, it can be easy to feel we don’t have anything worth offering to others. But downstairs the kids are making stone soup to prove us wrong. Even the last onion on the shelf can play a role in offering hospitality and sustenance.

A wandering Aramean was our ancestor. The God of Jacob, the God of Creation, the God that Lies Beyond All Understanding, is with us in times of plenty and times of hardship. Whatever our circumstances, whatever day of the year, may God’s spirit in us inspire offerings of compassionate thoughts, kind deeds, and acts of welcome to the stranger at our gate and the friend at our side. Amen.