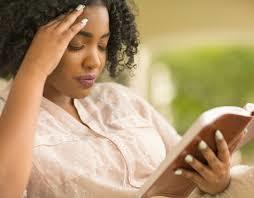 A capable wife who can find? What an opening line from our first reading, eh? I can still remember the time when I was at a women’s Bible study and we were going around introducing ourselves. We were saying which woman in the Bible we wanted to be like. Someone said, “Mary, mother of Jesus,” of course. One person said, “Deborah,” a famous judge from the Old Testament Hebrew scriptures. Many of the women around the circle said, “I want to be the Proverbs 31 woman.” Yeah, sure, okay. Don’t we all? But there was one woman in the room, she was the last to go, and I’ll never forget this, she says, “I want to be like Jael.”

Jael? Who’s Jael? And the Bible study leader, her face went kinda pale, and she says, “Oh, I’m sure you don’t mean Jael, do you? She was the one who drove a tent peg through someone’s head!”

And this woman, she turns to the leader and she says, “Oh, I’m sure that’s exactly who I mean!”

The title for my sermon this morning is: “Everyone wants to be a Proverbs 31 woman except for those who want to be Jael.” You won’t be surprised to hear that there have been many interpretations of the Proverbs 31 woman over the centuries. Some have read her as a kind of checklist for newly married women (predominantly women in heterosexual marriages). “Her children rise up and call her happy; her husband, too, he praises her!”

Some have felt completely overwhelmed by the role description in this passage, some even oppressed by it. Here’s a woman who is revered for burning the candle at both ends; for perfecting all of the domestic tasks; she labours day and night, never shouts at her children; she works out; she’s strong, but not too strong; she’s beautiful and charming, but she doesn’t act like she’s beautiful and charming.

Others still read the Proverbs 31 woman as a kind of subversion of traditional patriarchal  roles. Some read the wife in this passage as a business owner, an employer, an agent in the financial management of her household affairs. “She considers a field and buys it . . . she perceives that her merchandise is profitable.” One commentator says this passage “valorizes daily life and the real economic contributions of women in the ancient world.”*

Finally, there are some who will read this passage as an allegory for the relationship between God and God’s people, or if you’re a Christian reading this passage, the relationship between Christ and the church. This passage, through a Christian lense, is a description of a “capable church.” I wonder how the passage would read if we look at it this way? So this morning, I’ve written a translation of my own. It’s called: “A capable church who can find?” It goes like this:

A church with ample parking who can find? It is far more precious than jewels. A capable church checks all the boxes. It has done only good, and not harm, in all of history. It relies on local resources, while inviting partnerships from around the world. Its people are eager to volunteer; its lights are always on; its doors never shut. It meets every need in the community and somehow its people never burn out. It knows how to spend money while saving money and did I mention it meets every need? Like, seriously, it is literally all things to all people. Its boiler never breaks down. Its people never disagree. The renovations are always done according to schedule. The church’s vision is known in the community and there’s never any conflict or competition with politicians or other faith groups. A capable church spends like there’s no tomorrow because its endowments never run dry. Its people have mastered the “humble brag”: they know how to talk about their successes but in a way that’s totally self-effacing. A capable church, did I mention that its doors are never shut and the lights are always on?

Many churches are known throughout the neighbourhood, but this one’s sign surpasses them all.

I’ve written Proverbs 31 this way, just a little tongue in cheek, because that’s one of the ways that Wisdom literature functions in the Bible. The goal, the purpose of books like the book of Proverbs is to get us thinking about real people, real life, real situations, but with humour---in a way that allows our defenses to go down so we can get to the heart of the issue. The women of the ancient world who were reading this (or rather, listening to this, in the oral tradition of the ancient world), they were likely rolling their eyes as they were rolling up their sleeves . . . listening as they picked up their hammers and their tent pegs and got back to, err, work.

This is a passage that speaks to the everyday hardships and unrealistic expectations of women as well as their inherent worth and contributions to society. It’s typical both/and proverbial wisdom. Walter Brueggemann, a Bible scholar, calls this “polyvalence”---when the reading has layers of meaning. Likewise, when we listen to this passage and try to hear it as a modern day Church reflecting on how the wisdom literature of the Hebrew Bible informs our understanding of God and the world, we do so knowing there’s some polyvalence here, some layered meaning. When you replace “Proverbs 31 woman” with “Proverbs 31 church” there’s a fair bit that’s laughable, and there’s a fair bit that honours and upholds the intrinsic worth and contributions that a church can make to society.